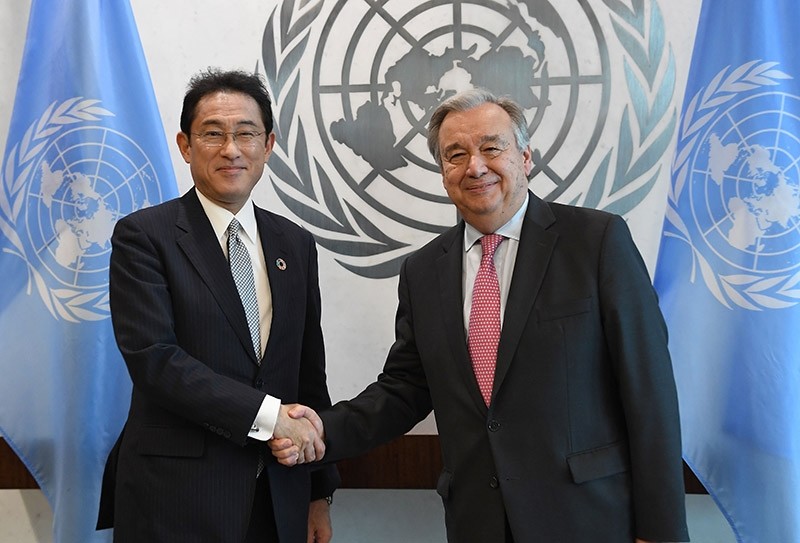 Japan announced Monday it is committing $1 billion by 2018 to promote U.N. goals for 2030 focusing on education and health care for children and young people as well as gender equality and reducing risk from natural disasters.

Japanese Foreign Minister Fumio Kishida made the announcement at a high-level meeting assessing progress toward meeting the 17 goals adopted by world leaders that also aim to combat poverty, promote good government and preserve the environment.

He said Japan's vision for the U.N. goals "is to create a diverse and inclusive society in which no one is left behind." He stressed that "mainstreaming" the goals is essential to their implementation.

Japanese officials said the $1 billion will be used to finance bilateral and multilateral programs.

As an example, Kishida cited Japan's work in Syria with seven international organizations to rehabilitate schools, improve teacher training, and raise awareness on health and education for hundreds of thousands of people displaced within the country by the civil war.

Secretary-General Antonio Guterres launched a progress report Monday on implementing the goals saying "the clock is ticking" and "the rate of progress in many areas is far slower than needed to meet the targets by 2030."

While nearly a billion people have escaped poverty since 1999, the report said about 767 million were destitute in 2013, many of them living in "fragile situations." In 2016, it said, an estimated 155 million children under the age of five were stunted in growth as a result of malnutrition.

The report said that in 2015 some 303,000 women died during pregnancy or childbirth and 5.9 million children under the age five died worldwide despite progress in reducing maternal and child mortality.

The benefits of development are much higher than for men, according to the report.

On average, women spend almost triple the amount of time on unpaid domestic and care work as men, it said, citing data from 2010-2016.