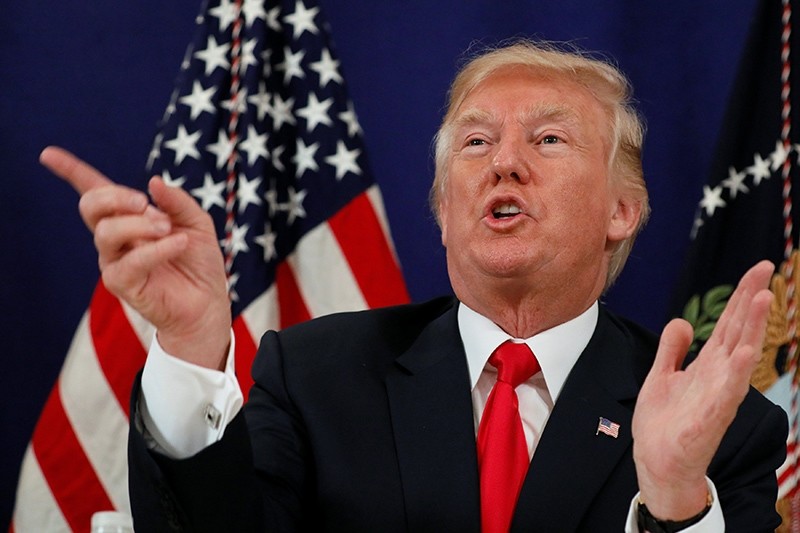 U.S. President Donald Trump issued another warning to North Korea on Friday with a reference to American weapons as being "locked and loaded."

"Military solutions are now fully in place, locked and loaded, should North Korea act unwisely. Hopefully Kim Jong Un will find another path!" Trump wrote on Twitter, a day after his defense secretary said the United States was ready to counter any threat from Pyongyang.

The escalating war of words between U.S. President Donald Trump and Kim Jong-Un's nuclear-armed regime shows no signs of stopping.

President Donald Trump on Thursday hardened his warning that North Korea would face "fire and fury" if it kept threatening the U.S., saying maybe that tough talk "wasn't tough enough".

Trump also warned North Korea it should be "very, very nervous" of the consequences if it even thinks of attacking U.S. soil, after Pyongyang said it was readying plans to launch missiles towards the Pacific territory of Guam.

The Republican billionaire dismissed any criticism of his "fire and fury" warning of Tuesday, citing threats made by Kim's regime to both Washington and its allies.

Pyongyang said the scheme to target the island, a key U.S. military outpost in the western Pacific, was intended to "signal a crucial warning" as "only absolute force" would have an effect on a U.S. leader "bereft of reason".