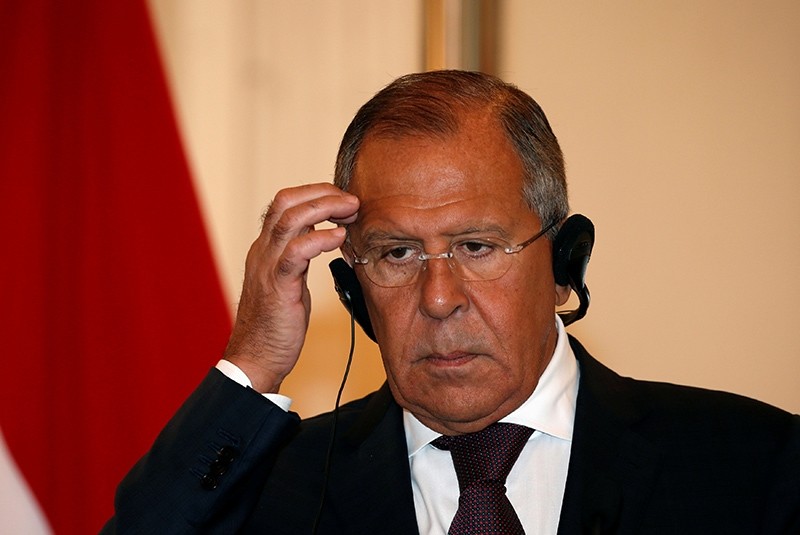 Russian Foreign Minister Sergei Lavrov on Friday cautioned that the risks of escalation of tensions between the United States and North Korea were "very high" following the recent war of words between Washington and Pyongyang.

"I believe the risks are very high, especially considering this rhetoric, when direct threats of using force are voiced," Lavrov said at a youth forum in the Vladimir region east of Moscow.

Lavrov did not refer to Trump's most recent remark that the U.S. military is "locked and loaded" in the event of a misstep by North Korea, but said Moscow is "very alarmed" at Washington's rhetoric of preemptive military action.

He added that Washington, as a more powerful state than North Korea, should take the first step to cool tensions.

"When a fight has nearly broken out, the first step away from the dangerous threshold should be taken by the side that is stronger and smarter," Lavrov said.

Moscow has partnered up with China to push an initiative that would see Pyongyang halt missile tests in return for the U.S. ending military drills in the region.

Pyongyang said this week it was readying a scheme to attack Guam, an island outpost of the U.S. military in western Pacific.

"We're doing everything we can so that this 'what if' doesn't happen," Lavrov said when asked about the prospects of a conflict.

Lavrov also criticized the U.S. leadership for having doubts about an international deal to rein in Iran's nuclear programme.

"Unfortunately our American partners are having doubts, although the Trump administration has confirmed that, in part, concerning the signed agreements, Iran is fulfilling all actions that were envisaged," Lavrov said in comments carried by the Interfax news agency.

Trump said on Thursday said he did not believe that Iran was living up to the spirit of the deal.