Daesh steps up attacks in 2016 despite losing ground in Iraq, Syria, study says 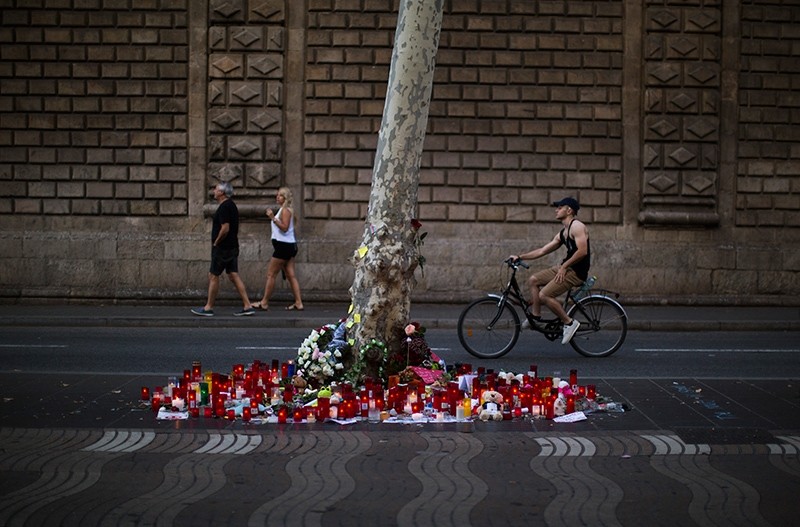 Although Daesh terrorist group is losing fighters and territory in Iraq and Syria, it remained the world's deadliest militant organization last year, according to a report from the University of Maryland.

Daesh operatives carried out more than 1,400 attacks last year and killed more than 7,000 people, a roughly 20 percent increase over 2015, according to the university's Global Terrorism Database. The increase occurred even as overall militant attacks worldwide and resulting deaths fell by about 10 percent in 2016.

Daesh claimed credit for the van attack on Thursday in Barcelona, Spain, that killed 13 people, as well as a knife attack in Russia on Saturday that wounded up to eight people.

It is unclear if the claims are accurate. But senior U.S. counterterrorism officials said the latest attacks fit a pattern in which the group adapted to significant battlefield setbacks in Syria and Iraq, where its control of territory peaked in August 2014, by intensifying calls for attacks by individuals or small groups using whatever means possible.

In addition to violence tied to Daesh's core group in Iraq and Syria, other groups affiliated with it carried out more than 950 attacks last year that killed nearly 3,000 people, said the university report, which was released last week.

In 2016, four additional groups pledged allegiance to Daesh. Affiliates in Bangladesh, Yemen, Libya, Afghanistan-Pakistan and the Philippines killed significantly more people and executed more attacks than in the previous year, the report said.

Most of the affiliates were already engaged in conflicts before allying with Daesh, said a senior State Department official. Daesh "was able to manipulate and hijack" them, said the official, speaking on condition of anonymity.

The group also has issued more calls for its followers to carry out lone-wolf attacks such as those that occurred in recent years in Orlando, Florida, San Bernardino, California, London and Manchester, England, and Nice, France.

"During this same time period, we (also) saw an increase in the number of individual assailants," said Erin Miller, author of the University of Maryland study.

Since September 2014, when the international coalition fighting Daesh was formed, the militant group has encouraged followers to strike coalition nations with any weapon available.

"If you are not able to find an IED or a bullet, then single out the disbelieving American, Frenchman or any of their allies. Smash his head with a rock, or slaughter him with a knife, or run him over with your car," spokesman Abu Muhammad al-Adnani told the group's followers in 2014. He was killed by a U.S. air strike last September.

"These calls increased as the U.S.-led coalition continued targeting the group, with [Daesh] media releases and social media accounts of its fighters regularly calling for attacks in warring countries," said Rita Katz, director of the SITE Intelligence Group, which monitors militant groups online.

Since its first issue last September, Daesh's monthly Rumiyah magazine has provided detailed attack guides, including directions on how to perform stabbing and vehicular attacks, and to strike economic and religious targets.