Muslims across the world protest Myanmar's persecution of Rohingya 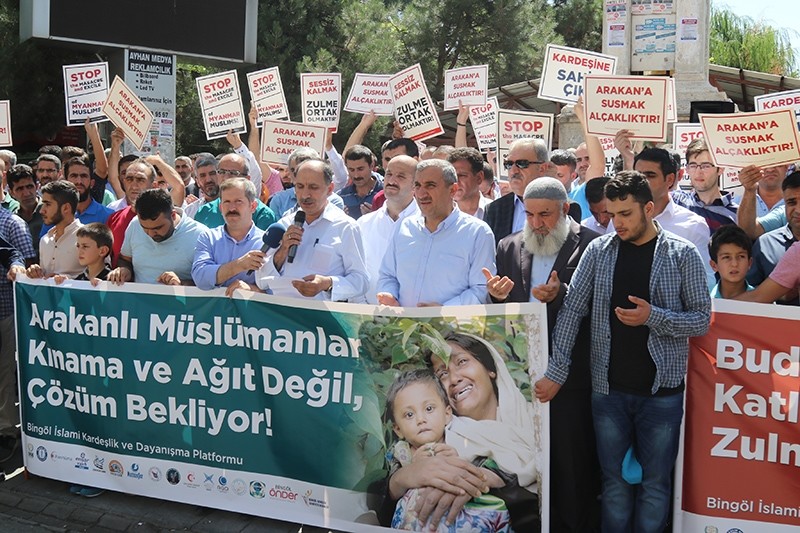 Muslims across the world criticized Myanmar's persecution of its Rohingya Muslim minority as thousands staged angry protests against Aung San Suu Kyi and her government.

At least 87,000 refugees from Myanmar's western Rakhine state have fled to neighboring Bangladesh since violence escalated in late August, according to the United Nations, overwhelming existing camps for the displaced.

Malala Yousafzai, the youngest person to win the Nobel Peace Prize, said her "heart breaks" at the suffering of Rohingya Muslims and urged Myanmar's leader, a fellow Nobel laureate, to condemn the violence against the Rohingya minority.

"Over the last several years I have repeatedly condemned this tragic and shameful treatment," she said in a statement posted on Twitter. "I am still waiting for my fellow Nobel Laureate Aung San Suu Kyi to do the same. The world is waiting and the Rohingya Muslims are waiting."

The latest eruption of violence in Rakhine state has killed more than 400 people and triggered an exodus of Rohingya into Bangladesh.

In recent weeks, Myanmar's military unleashed what it called "clearance operations." Human Rights Watch says satellite imagery shows 700 buildings were burned in the Rohingya Muslim village of Chein Khar Li, just one of 17 locations in Rakhine state where the rights group has documented burning of homes and property.

Myanmar denies citizenship to Rohingya, who have lived in the country for generations, and the group has frequently faced hostility and violence from the Buddhist majority, often fanned by hard-line monks and inflammatory comments from officials.

Reports of killings by security forces and images of lines of people including children and the elderly attempting to cross the swampy border into Bangladesh have sparked anger and battered the reputation of Suu Kyi, previously lionized for her decades of resistance to Myanmar's former military rulers.

Senegalese footballer Demba Ba called on Muslims to take action to protect Rohingya Muslims in Myanmar amid concerning reports of a growing number of deaths and forced displacements of Muslims.

Speaking in the holy city of Mecca after performing the pilgrimage, Ba said the international community carries a great responsibility for the developments in Myanmar.

"Everybody sees and know what is happening but nobody is actually acting or talking to stop this," Ba said.

Tens of thousands of people took to the streets in Russia's predominantly Muslim Chechnya to protest what the Chechen leader called "genocide of Muslims" in Myanmar.

In his address to the rally, Chechen leader Ramzan Kadyrov compared the violence against Rohingya to the Holocaust.

Local police authorities reported that 1.1 million people attended the rally. The entire population of Chechnya is 1.4 million, according to official statistics. 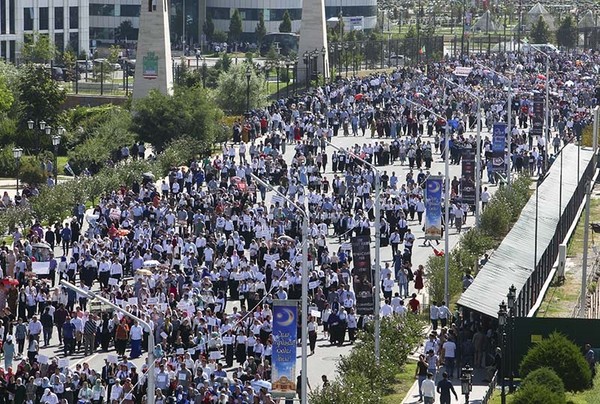 President Recep Tayyip Erdoğan will discuss violence against Rohingya Muslims with the Myanmarese leader Aung San Suu Kyi, Foreign Minister Mevlüt Çavuşoğlu said Monday as Turkey was trying to put an end to the violence against the minority.

"We are striving not to reduce, but to end violence in the Rakhine state. President [Erdoğan] has spoken with many leaders and tried to tell them about the persecution, and his contacts continue," Çavuşoğlu said.

The foreign minister added that Turkey will continue to raise awareness about the Rohingya Muslims during next week's Syria talks in Kazakh capital of Astana and during the United Nations General Assembly in New York.

"We are trying to set an important meeting with heads of governments in New York. We will try to maintain our contacts. Without a permanent solution, persecution will only increase. We must show the whole world that Muslims are not alone. Our efforts will continue," Çavuşoğlu said.

In India, activists displayed placards during a protest against the persecution of Rohingya Muslims near Myanmar Consulate in Kolkata. Protestors demanded postponement of proposed visit of Indian Prime Minister Narendra Modi to Myanmar. 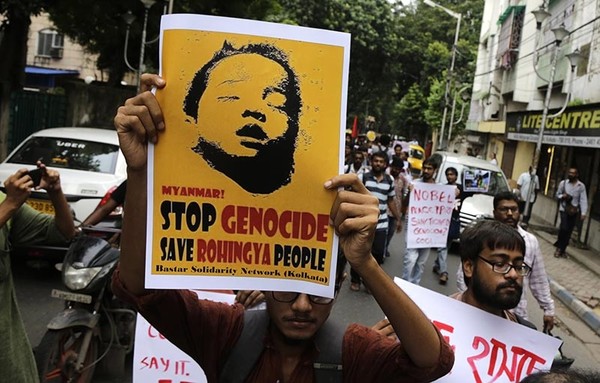 Indonesian President Joko "Jokowi" Widodo has called for an end to violence in Rakhine state and sent his foreign minister to Myanmar where she with met Monday with Suu Kyi and armed forces commander Min Aung Hlaing.

Interviewed by Indonesian TV after the meeting, Foreign Minister Retno Marsudi sidestepped questions about domestic pressure in the world's most populous Muslim nation to sever diplomatic ties with Myanmar.

She said Myanmar security authorities need to immediately stop all violence in Rakhine and allow Indonesia and other Southeast Asian nations to assist with humanitarian aid distribution. Suu Kyi responded positively to a five-point Indonesian plan to stabilize the situation, Marsudi said.

Pakistan's foreign ministry said it is deeply concerned by reports of growing numbers of deaths and the forced displacement of Rohingya Muslims. It urged Myanmar's government to investigate reports of massacres and to hold those involved accountable.

Several hundred Muslim women demonstrated outside Myanmar's embassy in the Indonesian capital Jakarta on Monday, calling for the government to take a tougher stance against persecution of the Rohingya.

Dozens of armed police are guarding the embassy, which is cordoned behind barbed wire, after a Molotov cocktail was thrown at it over the weekend.

Protesters, organized by a group called Friends of Muslim Rohingya, shouted "Save Rohingya," and held big banners that read, "Unite the people to free Rohingya Muslims" and "Stop Muslim genocide in Myanmar!"

Protests were also staged in other major Indonesian cities including Bandung and Surabaya. 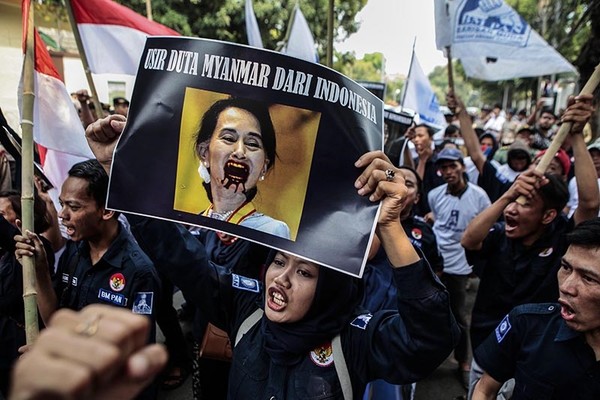 Over the weekend, protesters in Jakarta set fire to a poster of Suu Kyi outside the Myanmar embassy and further protests are set for this week. Local media reported that one group plans to stage a protest at Borobudur, a famous ancient Buddhist temple in central Java.

"The world remains silent in the face of the massacre of Rohingya Muslims," said Farida, an organizer of Monday's protest who uses a single name.

"They have been tortured and killed like animals by Buddhists in Myanmar," she told the crowd outside the embassy. "We demand the government puts pressure on the Buddhist government of Myanmar. We demand mobilization of our military to rescue the Rohingya."