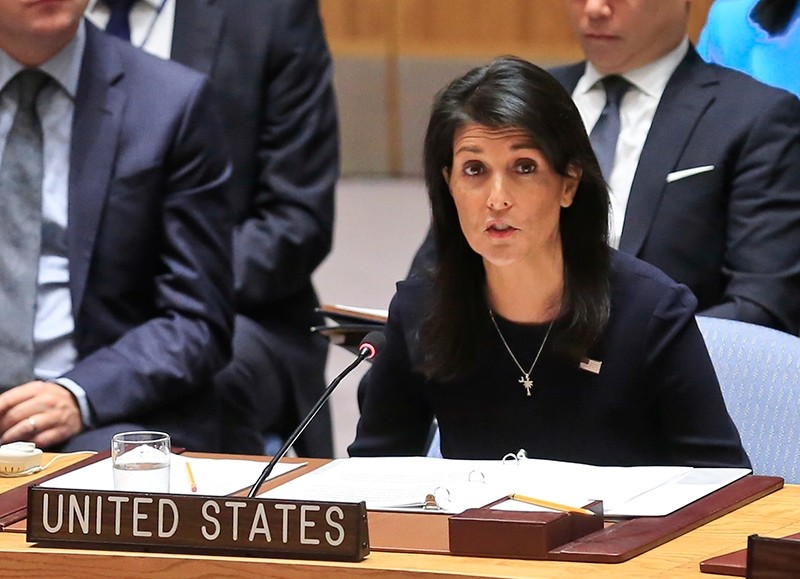 U.S. Ambassador to the United Nations Nikki Haley said Monday it was time for the U.N. Security Council to impose "the strongest possible measures" on North Korea over its sixth and largest nuclear test because "enough is enough."

According to Haley, only the "strongest sanctions" would allow to resolve the crisis through diplomacy.

Haley added that the North Korean crisis goes "well beyond the U.N., the U.S. will look at every country that does business with North Korea as a country that is giving aid to their reckless and dangerous nuclear intentions."

Haley said the incremental sanctions approach of the 15-member council to North Korea since 2006 had not worked and she described North Korean leader Kim Jong Un as "begging for war."

"Despite our efforts the North Korea nuclear program is more advanced and more dangerous than ever," Haley told the council. "War is never something the United States wants. We don't want it now. But our country's patience is not unlimited."

The latest tensions sparked Sunday as North Korea said it has successfully tested a hydrogen bomb designed to be mounted on its newly developed intercontinental ballistic missile, producing a greater yield than any of its previous nuclear tests.

The hydrogen bomb test ordered by leader Kim Jong Un was a "perfect success" and was a "meaningful" step in completing the country's nuclear weapons program, state television said.