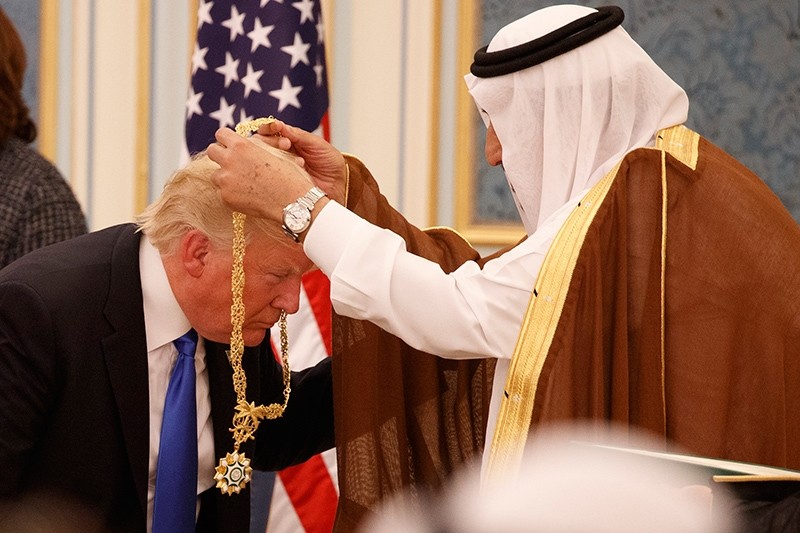 In this May 20, 2017 file photo, Saudi King Salman presents U.S. President Donald Trump with the highest civilian honor, the Collar of Abdulaziz Al Saud, at the Royal Court Palace, in Riyadh, Saudi Arabia. (AP Photo)
by Sep 07, 2017 12:00 am

The two leaders held a telephone conversation in which they discussed how to advance shared goals such as strengthening security and prosperity in the Middle East, the White House said in a statement.

The two leaders agreed that King Salman would visit the White House in early 2018, it added.

The United States is currently seeking to resolve a diplomatic crisis between Qatar and several of its neighbors, led by Saudi Arabia.