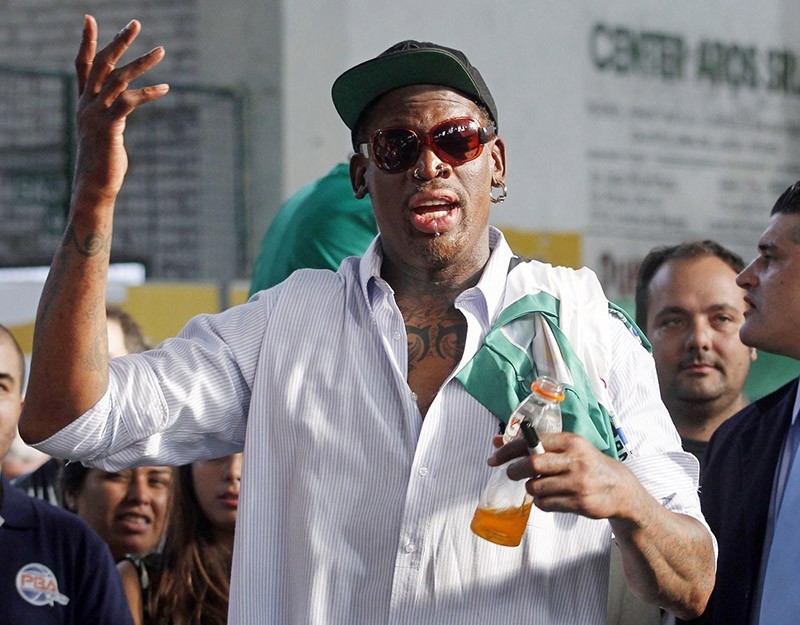 U.S. basketball legend Dennis Rodman said on Wednesday he had skied and sung karaoke with his friend North Korea's leader Kim Jong Un and would like to "straighten things out" amid a nuclear standoff with the United States.

North Korea has carried out a series of nuclear and missile tests and U.S. President Donald Trump has responded with warnings of a "massive" military response.

"For me to go over there and see (Kim) as much as I have, I basically hang out with him all the time. We laugh, we sing karaoke, we do a lot of cool things together. We ride horses, we hang out, we go skiing, we hardly ever talk politics and that's the good thing," Rodman said, according to a transcript.

The basketball ace expressed admiration for Trump but said the U.S. president could be "a little bit crazy sometimes".

Rodman last visited North Korea in June and earlier trips stoked talk that he could facilitate a breakthrough between Pyongyang and Washington, although his comments on Kim have also drawn ridicule.

North Korea has long ignored warnings from the West and from its lone major ally, China, to halt its nuclear and missile tests which it conducts in defiance of U.N. Security Council resolutions.

Rodman said he was not trying to defend the actions of Kim and was "just an ambassador for sports." He said the relationship between the U.S. and Russia had changed "but for some reason we have a big issue with North Korea."

"I don't love (Kim). I just want to try to straighten things out for everyone to get along together."

Rodman, nicknamed "The Worm" during his playing career and known for his flamboyant character, is considered one of the best defensive players and rebounders in NBA history.