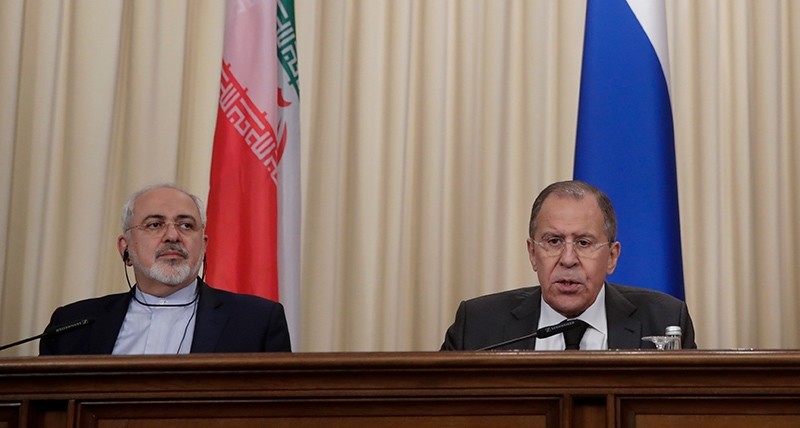 Russian Foreign Minister Sergey Lavrov and his Iranian counterpart Javad Zarif discussed the "de-escalation zones" in Syria, particularly one in the province of Idlib, Wednesday, a day before the sixth round of Syrian peace talks are set to begin in Astana.

According to Lavrov's statement, the parties reaffirmed all the agreements of the Astana process and the creation of de-escalation zones.

"Tomorrow and the day after, our representatives, together with our Turkish counterparts and observers from the United States, Jordan, as well as U.N. representatives in Astana, will complete work on the zone to be set up near Idlib. We expect a successful meeting," the statement said.

Lavrov also said that the discussions covered the whole range of relations between Russia and Iran, both in terms of bilateral plans and the international agenda, adding that they sought to ensure that the situation in the Persian Gulf was normalized and that the Arab countries and Iran had opportunities for dialogue.

Before their bilateral talks, Lavrov and Zarif held a closed-door meeting with Russian President Vladimir Putin.

"The discussion focused on the situation in the Middle East, particularly in Syria, Iraq and the Persian Gulf region, and the fight against terrorism," a Kremlin statement said.

Syria's conflict evolved from a bloody crackdown on protests in 2011 to a devastating war that has drawn in world powers, including Russia and a U.S.-led international coalition. Since then, more than 250,000 people have been killed and an excess of 10 million displaced, according to the U.N.