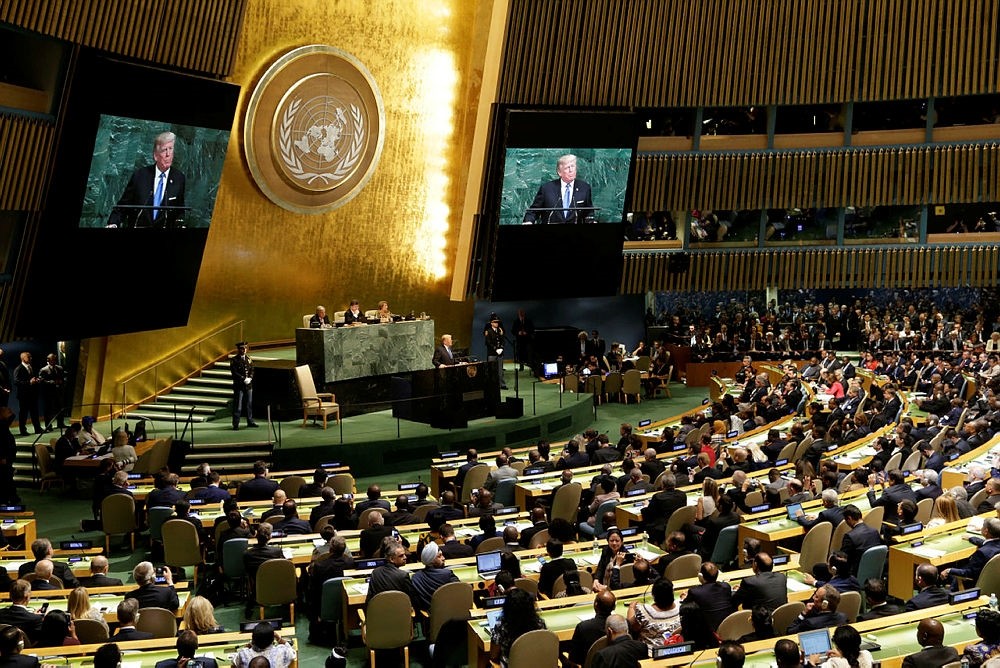 UN Secretary General Antonio Guterres appealed for unity to mend a broken world on Tuesday, as he outlined grave global challenges - including nuclear peril, climate change and the refugee crisis - at the UN General Assembly.

An increasingly integrated global economy is not matched in our sense of global community, Guterres said.

"Societies are fragmented. Political discourse is polarized. Trust within and among countries is being driven down by those who demonize and divide," he lamented.

"We are a world in pieces. We need to be a world at peace."

Unity in the UN Security Council is the only way to achieve denuclearization of the Korean Peninsula and create the opportunity for diplomatic engagement with Pyongyang, Guterres said.

He warned the world not to "sleepwalk our way into war" with North Korea, as he delivered his first speech as UN chief at the UN General Assembly in New York.

He also warned against rhetoric that could escalate tensions and urged parties to find a political solution, saying that "fiery talk can lead to fatal misunderstandings."

"The solution must be political. This is a time for statesmanship. We must not sleepwalk our way into war."

On climate change, Guterres reiterated his message to global leaders to implement the Paris Agreement "with ever greater ambition" and urged countries to "get off the path of suicidal emissions."

The science of global warming is "unassailable" and the frequency and strength of extreme weather incidents has required the world to create new terms to describe them, such as megahurricanes, superstorms and rain bombs, Guterres added.

The US has experienced the highest number of natural disasters since 1995, with more than 1,600, or one every five days, Guterres added.

Addressing global migration, the UN chief urged countries to respect the rights of refugees and migrants.

The root causes of conflicts around the world must be addressed to solve the refugee crisis, the former UN high commissioner for refugees said.

As the number of Rohingya Muslims who have fled Myanmar to Bangladesh has surpassed 400,000, Guterres urged the government to end the "vicious cycle of persecution, discrimination, radicalization and violent repression."

He also encouraged global leaders to step up and help to manage migration.

"I myself am a migrant, as are many of you. But no one expected me to risk my life on a leaky boat or cross a desert in the back of a truck to find employment outside my country of birth," Guterres said.

"Safe migration cannot be limited to the global elite."

Meanwhile, U.S. President Donald Trump concluded his first address to the assembly, a speech of more than 40 minutes marked by tough talk for North Korea and Iran.

The president referred to North Korean leader Kim Jong Un as "rocket man." And he threatened to "totally destroy North Korea" if the United States is forced to defend itself or allies against the North's aggression.

Trump said the world can't allow the "murderous regime" to continue its destabilizing activities. And he knocked the 2015 nuclear deal with Iran, saying world leaders "cannot abide" by the agreement if it "provides cover" for Iran to build its nuclear program.