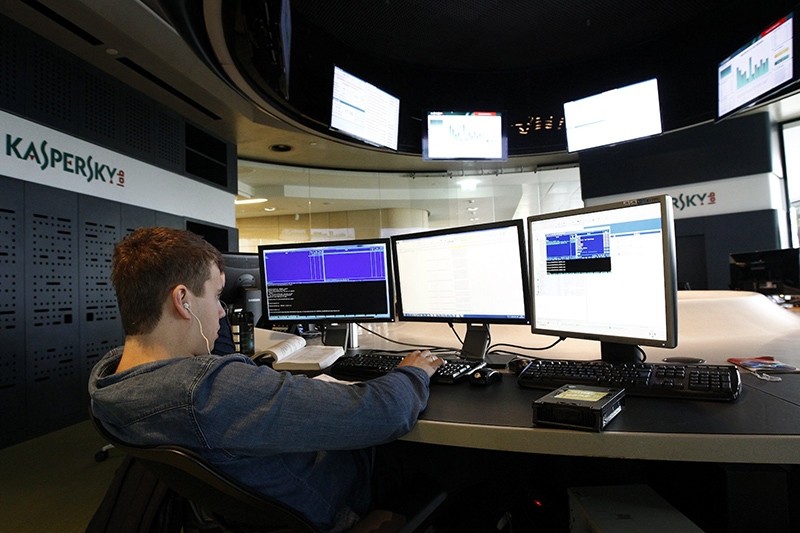 The Israeli officials who had hacked into Kaspersky's network over two years ago then warned their U.S. counterparts of the Russian intrusion, said The New York Times, which first reported the story. This led to a decision last month for Kaspersky software to be removed from U.S. government computers.

It is known that Russian hackers stole classified documents from a National Security Agency (NSA) employee who had stored them on his home computer which featured Kaspersky antivirus software, the paper said.

It said that it is not yet publicly known what other secrets the Russians may have obtained from U.S. government agencies by using Kaspersky software as "a sort of Google search for sensitive information."

The Washington Post also reported on Tuesday that the Israeli spies had also found in Kaspersky's network hacking tools that could only have come from the U.S. National Security Agency.

After an investigation, the NSA found that those tools were in possession of the Russian government, the Post said.

That access, it concluded, could help enable cyber attacks against U.S. government, commercial and industrial control networks, the Post reported.

The New York Times said the Russian operation, according to multiple people briefed on the matter, is known to have stolen classified documents from a National Security Agency employee who had improperly stored them on his home computer, which had Kaspersky antivirus software installed on it.

It is not yet publicly known what other U.S. secrets the Russian hackers may have discovered by turning the Kaspersky software into a sort of Google search for sensitive information, the Times said.

The current and former government officials who described the episode spoke about it on condition of anonymity because of classification rules, the Times said.

The newspaper said the National Security Agency and the White House declined to comment, as did the Israeli Embassy, while the Russian Embassy did not respond to requests for comment.

The Russian embassy in Washington last month called the ban on Kaspersky Lab software "regrettable" and said it delayed the prospects of restoring bilateral ties.

Kaspersky Lab denied to the Times any knowledge of, or involvement in, the Russian hacking. "Kaspersky Lab has never helped, nor will help, any government in the world with its cyberespionage efforts," the company said in a statement on Tuesday.

Eugene Kaspersky, the company's co-founder and chief executive, has repeatedly denied charges his company conducts espionage on behalf of the Russian government.

Kaspersky spokeswoman Sarah Kitsos told the Washington Post on Tuesday that "as a private company, Kaspersky Lab does not have inappropriate ties to any government, including Russia, and the only conclusion seems to be that Kaspersky Lab is caught in the middle of a geopolitical fight." She said the company "does not possess any knowledge" of Israel's hack, the Post said.