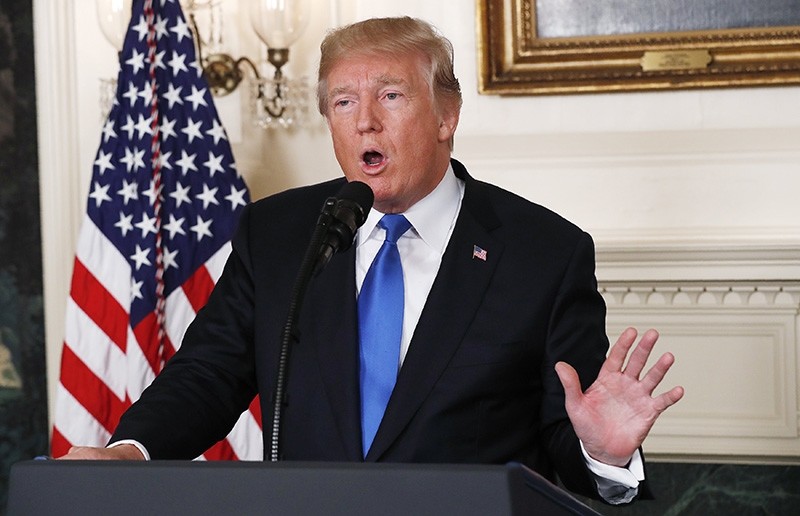 U.S. President Donald Trump struck a blow against the 2015 Iran nuclear agreement on Friday in defiance of other world powers, choosing not to certify that Tehran is complying with the deal.

"Based on the factual record I have put forward, I am announcing today that we cannot and will not make this certification," Trump said at a White House event as he unveiled a tougher strategy against Tehran.

Trump said Iran is not living up to the "spirit" of the nuclear deal that it signed in 2015.

U.S. president kicked the issue to Congress and the other nations in the seven-country accord, telling lawmakers to toughen the law that governs U.S. participation and to fix a series of deficiencies in the agreement. Those include the expiration of several key restrictions under "sunset provisions" that begin to kick in in 2025, he said.

Trump warned that without the fixes, he would likely pull the U.S. out of the deal and snap previously lifted sanctions back into place. Without improvements, he said, "the agreement will be terminated."

"It is under continuous review, and our participation can be canceled by me as president at any time," he said in a speech from the White House.

Trump said the administration will seek to counter the regime's destabilizing activities and will impose additional sanctions on the regime as well as elite Revolutionary Guards.

The president said the new strategy will also seek to address the proliferation of Iran's missiles and weapons, adding that the U.S. will deny Iran's paths to develop nuclear weapons.

Trump's move does not pull the United States out of the agreement, formally known as the JCPOA.