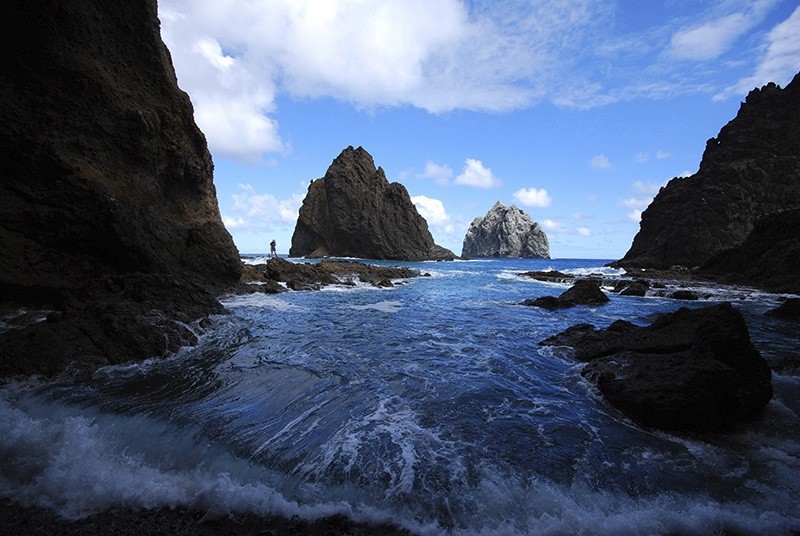 One of the world's most remote places became a little less isolated on Saturday when the first commercial flight departed for St. Helena, a South Atlantic island that until recently was only accessible by boat and where Napoleon Bonaparte spent his last years in exile.

The SA Airlink plane left Johannesburg on a six-hour journey to the British-ruled territory, which hopes to draw more tourists to the deposed French emperor's final abode, Longwood House, as well as rugged landscapes, marine life and the novelty of visiting a spot far off the beaten track.

The new weekly air service brings an end to what had been the only regular way to reach the island. The royal mail ship St. Helena, which takes nearly a week to arrive from Cape Town, will stop its voyages in February.

"St Helena, where you are a long way from a long way," tweeted Lisa Phillips, the first female governor of St. Helena and two other Atlantic islands, Ascension and Tristan da Cunha. Phillips' social media posts have highlighted some of the volcanic island's quirkier fixtures, including a giant tortoise named Jonathan that is said to be 185 years old and Jacob's Ladder, a 699-step outdoor staircase leading from a valley to a hilltop in Jamestown, the capital. 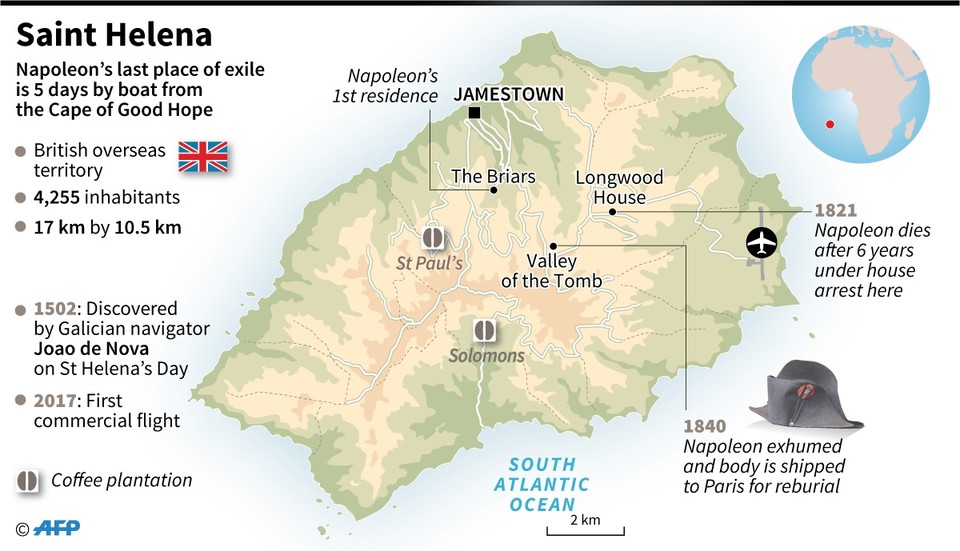 The story of how air travel to St. Helena came about is also, well, unusual.

The official opening of the St. Helena airport, built on the island's Prosperous Bay Plain for about $380 million of British taxpayers' money, was supposed to happen in May 2016. But a Comair Boeing 737 test flight at the airport encountered severe wind shear, a phenomenon referring to a quick change in wind speed or direction, or both. That prompted harsh criticism of the British government in a parliamentary report that said the failure to foresee the difficult weather conditions was "staggering."

Larger aircraft can land at the airport but with weight restrictions, meaning fewer passengers. SA Airlink's smaller Embraer E190 is carrying nearly 80 passengers, including "Saints" — the nickname for people from St. Helena — tour operators from South Africa and journalists. The flight from Johannesburg includes a stop in Windhoek, the Namibian capital. 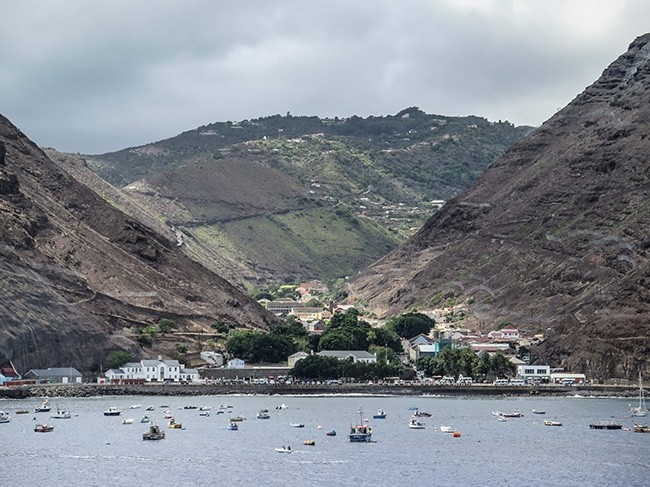 The SA Airlink plane conducted 13 flight trials at the St. Helena airport in August, according to a statement by island authorities. Some charter and medical evacuation flights have used the airport in the past year.

Tourism would bring a much-needed boost to St. Helena, which lies about 1,930 kilometers (1,200 miles) west of the border between Angola and Namibia, the nearest mainland. The island's biggest industry was once growing flax for the manufacture of rope, but St. Helena's population of more than 4,000 people is now heavily dependent on British government support.

Published in December, the British parliamentary report that criticized the handling of the airport said significant tourism growth is needed for the island to become economically self-sufficient and that a local entity promoting development "has some way to go to improve the marketing for the island's location and attractions."

Discovered by Portuguese mariners in 1502, St. Helena was a way station for ships for centuries and was a key port for Britain's East India Company. It was also an ideal spot for the British to keep prisoners, including a Zulu prince and his retinue, thousands of Boer prisoners from South Africa's conflict near the beginning of the 20th century and, of course, Napoleon.

First exiled to the Mediterranean island of Elba, he escaped, met defeat at the battle of Waterloo and was sent to far more remote St. Helena in 1815. He died there in 1821 and his body was later exhumed and entombed at Les Invalides in Paris.

Though empty, his grave on St. Helena is a popular destination for visitors.