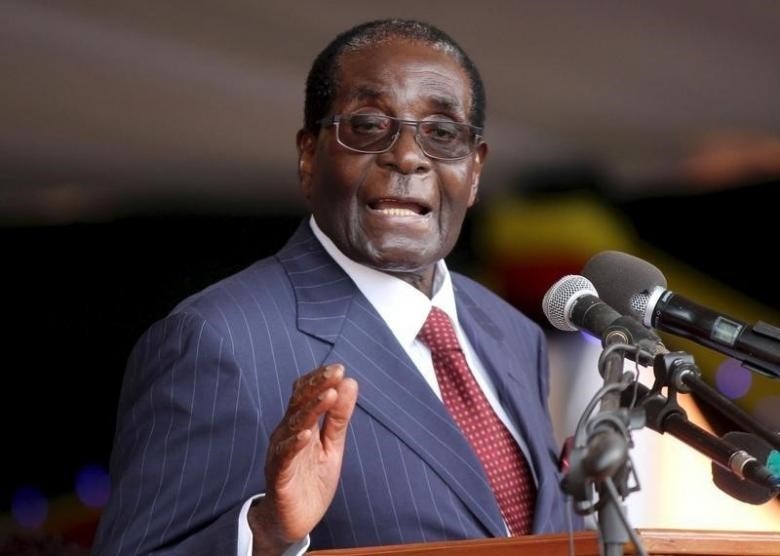 The UN World Health Organization (WHO) asked Mugabe to serve in the role to help tackle non-communicable diseases (NCDs) such as heart attacks, strokes and asthma across Africa.

Mugabe, 93, was in Uruguay for the announcement by WHO director-general Tedros Adhanom Ghebreyesus, who said he was "honoured to announce that President Mugabe has agreed to serve as a goodwill ambassador on NCDs for Africa."

Tedros hailed Zimbabwe as "a country that places universal health coverage and health promotion at the centre of its policies to provide health care to all."

Zimbabwe's healthcare system, like many of its public services, has collapsed under Mugabe's rule, with most hospitals out of stock of essential medicines and supplies, and nurses and doctors regularly left unpaid.

"Given Mugabe's appalling human rights record, calling him a Goodwill Ambassador for anything embarrasses WHO and Doctor Tedros," Iain Levine, programme director at Human Rights Watch, said on Twitter.

The main MDC opposition party in Zimbabwe described the appointment as "laughable".

"The Zimbabwe health delivery system is in a shambolic state, it is an insult," MDC spokesman Obert Gutu told AFP.

"Mugabe trashed our health delivery system. He and his family go outside of the country for treatment in Singapore after he allowed our public hospitals to collapse."

Mugabe, who has been in power since 1980, is in increasingly fragile health and makes regular trips abroad for medical treatment.

The state-run Herald newspaper reported the appointment under the headline "New feather in President's cap".

It reported that Mugabe told the WHO conference in Montevideo on Wednesday that Zimbabwe had developed a national policy on NCDs and that he had called for more funds for developing nations.

According to WHO, non-communicable diseases are by far the leading cause of death in the world, killing more than 36 million people each year.

UN agencies such as WHO, UNHCR and UNESCO all appoint goodwill ambassadors to highlight specific causes and often draw publicity.