Quality of life for children in drastic decline: UNICEF 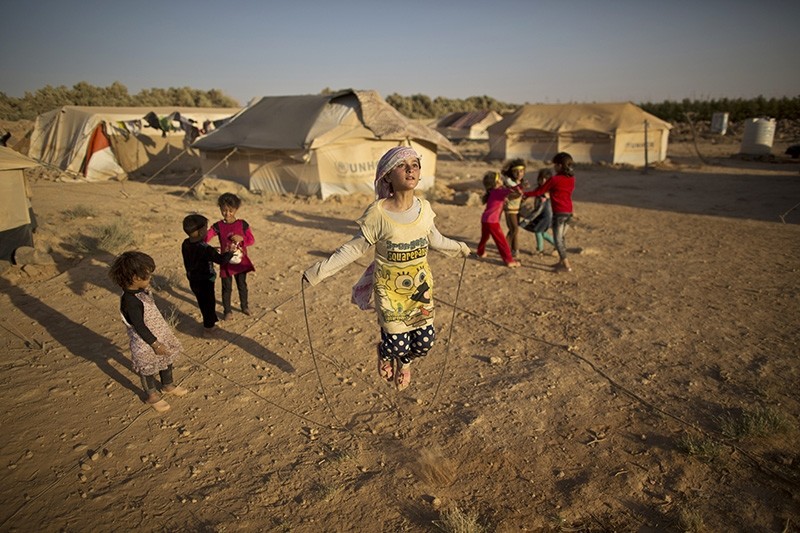 In this July 19, 2015 file photo, Syrian refugee girl, Zubaida Faisal, 10, skips a rope while she and other children play near their tents at an informal tented settlement near the Syrian border on the outskirts of Mafraq, Jordan. (AP Photo)
by Nov 20, 2017 12:00 am

Some 180 million children in 37 countries are more likely to live in extreme poverty, be out of school or suffer a violent death than 20 years ago, according to a UNICEF report released Monday.

Unrest, conflict and poor governance are among the main causes of the decline in quality of life for one in 12 of the world's 2.2 billion children, the report by the U.N. Children's Fund showed.

The steepest declines were seen in South Sudan, which is in the midst of a bloody civil war and where children fared worse than the previous generation in all three categories.

"While the last generation has seen vast, unprecedented gains in living standards for most of the world's children, the fact that a forgotten minority of children have been excluded from this - through no fault of their own or those of their families - is a travesty," said Laurence Chandy, UNICEF director of data, research and policy.

More than 14 countries - including Cameroon, Zambia and Zimbabwe - have seen an increase in the share of people living on less than 1.90 dollars a day.

And a decline in primary school enrollment was observed in 21 countries, including Syria and Tanzania.

The report was released to coincide with World Children's Day, which marks the anniversary of the U.N. adopting the Convention of the Rights of the Child in 1989.