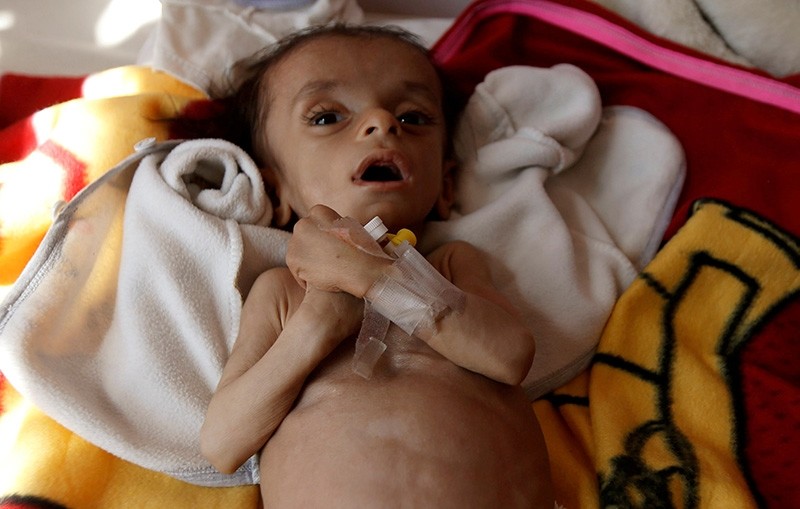 The United Nations launched a record appeal Friday for $22.5 billion to help 91 million of the 136 million people across the world in need of humanitarian aid as a result of conflicts, natural disasters, epidemics and displacement.

U.N. humanitarian chief Mark Lowcock said the 136 million people in need is about 5 percent higher than the projection at this time last year — and the 2018 appeal to help the 91 million most vulnerable is up from the $22.2 billion appeal for 2017.

He told the launch of the appeal in Geneva that the big drivers of need will remain conflict and violence "which forces people to flee from their homes, deny some access to adequate food, and robs them of their livelihood."

Lowcock said the largest crisis in the world at the moment is in conflict-wracked Yemen, where 20 million of the country's 25 million people need aid and 7-8 million are on the brink of famine.

He again urged the Saudi-led coalition to fully lift the air, sea and land blockade on Yemen that it imposed after a missile attack on the Saudi capital of Riyadh on Nov. 6 so life-saving aid and fuel can be delivered. The blockade was partially lifted last weekend.

Helle Thorning-Schmidt, CEO of Save The Children International, said at the launch that children in Yemen are dying of diseases that were overcome in many places over 100 years ago, including cholera.

She said about 130 children are dying every day in Yemen.

Thorning-Schmidt urged governments to take a longer-term approach and tackle the causes and symptoms of humanitarian crises.

This can be done "by brokering peace agreements, investing in education, helping communities build resilience to climate shocks, and speaking up when people are persecuted," she said. "Without this, we will continue to see a record level of suffering."

According to the U.N. Office for the Coordination of Humanitarian Affairs, some countries' needs will fall, but still remain significant, including Afghanistan, Ethiopia, Iraq, Mali, and Ukraine.