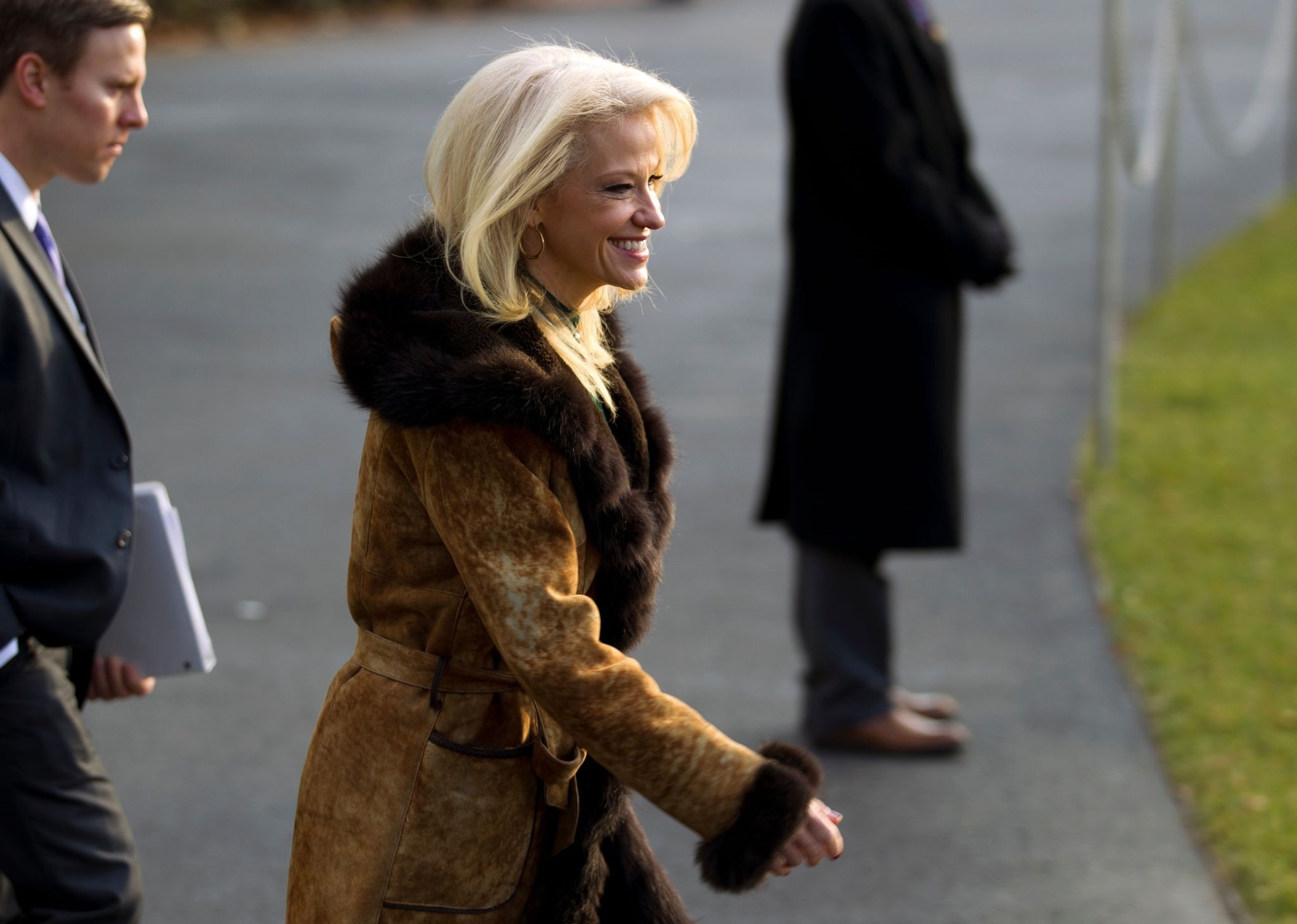 White House counselor Kellyanne Conway walks towards Marine One, during US President Donald Trump departure at the White House in Washington, DC, on December 2, 2017, en route to Joint Base Andrews. (AFP Photo)
by Associated Press Dec 12, 2017 12:00 am

The use of the term "alternative facts" by Kellyanne Conway, an adviser to U.S. President Donald Trump, tops a Yale Law School librarian's list of the most notable quotes of 2017.

The statement Conway made when asked why Trump's then-Press Secretary Sean Spicer mischaracterized the size of inauguration crowds is one of many Trump-related quotations on the list, assembled by Fred Shapiro, an associate director at the library.

"I actually had to limit the amount of Trump-related quotations on the list so as not to have the list overwhelmed by him," Shapiro said.

The yearly list is an update to "The Yale Book of Quotations," which was first published in 2006. Shapiro chooses quotes that are famous or revealing of the spirit of the times, and not necessarily eloquent or admirable.

2. "Alternative facts are not facts, they're falsehoods." — Chuck Todd, interview of Kellyanne Conway on "Meet the Press," Jan. 22.

3. "I just fired the head of the FBI. He was crazy, a real nut job. I faced great pressure because of Russia. That's taken off." — Trump, as reported by The New York Times, explaining the firing of James Comey to visiting Russian officials, May 10.

4. "With respect to any women who have made allegations on the record, Mr. Weinstein believes that all of these relationships were consensual." — Sallie Hofmeister, spokeswoman for Harvey Weinstein, Oct. 10.

5. "Make our planet great again." — Emmanuel Macron, statement on the withdrawal of the United States from the Paris climate agreement, June 1.

6. "We can't have the inmates running the prison." — Robert McNair, owner of the Houston Texans football team, describing players protesting the national anthem, as quoted in ESPN The Magazine, Oct. 27.

7. "Yes." — Elizabeth Warren, responding to Jake Tapper's question on whether the 2016 Democratic primaries were rigged in favor of Hillary Clinton, in an interview on CNN's "The Lead," Nov. 2.

9. "It's a shame the White House has become an adult day care center." — Bob Corker, Republican senator from Tennessee, in a tweet, Oct. 8.

10. "There is too much money in the world." — Lawrence Luhring, art dealer, reacting to the sale of a painting possibly by Leonardo da Vinci for over $450 million, as quoted in The New York Times, Nov. 16.