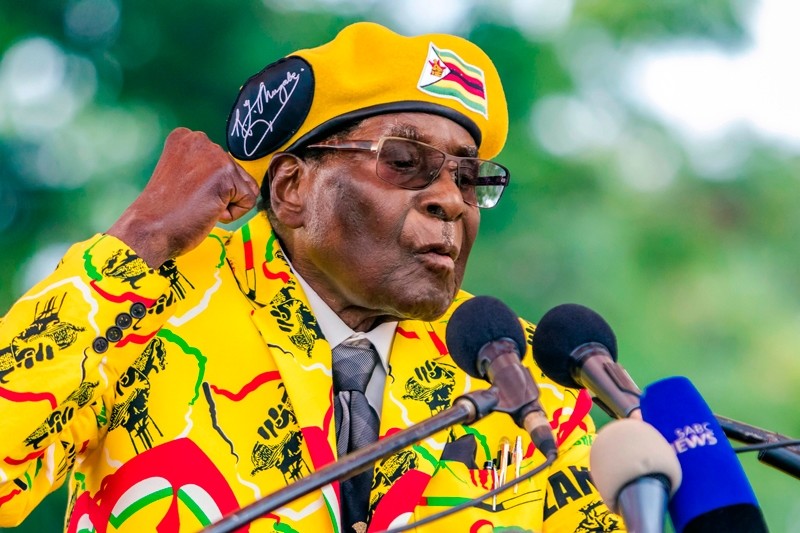 Zimbabwe's Robert Mugabe may have been deposed as president, but some of the ruling party's senior officials are struggling to stop mentioning the man who dominated their country for 37 years.

Two government ministers were left embarrassed at a party congress on Friday when they used the name of the veteran leader when referring to the man who replaced him after last month's de facto coup, new president Emmerson Mnangagwa.

Mnangagwa, who was sworn in as president of the southern African country on Nov. 24, initially sat stony-faced before breaking into a smile when another official whispered to him.

Finance Minister Patrick Chinamasa also started referring to Mugabe as the party's candidate for elections due in 2018 before correcting himself. Mnangagwa was endorsed as the ZANU-PF leader and candidate for the top job for the vote which he said on Thursday said could be sooner than expected.

Mugabe himself was out of the country. Sources said he visited a hospital in Singapore this week, apparently for medical checks.