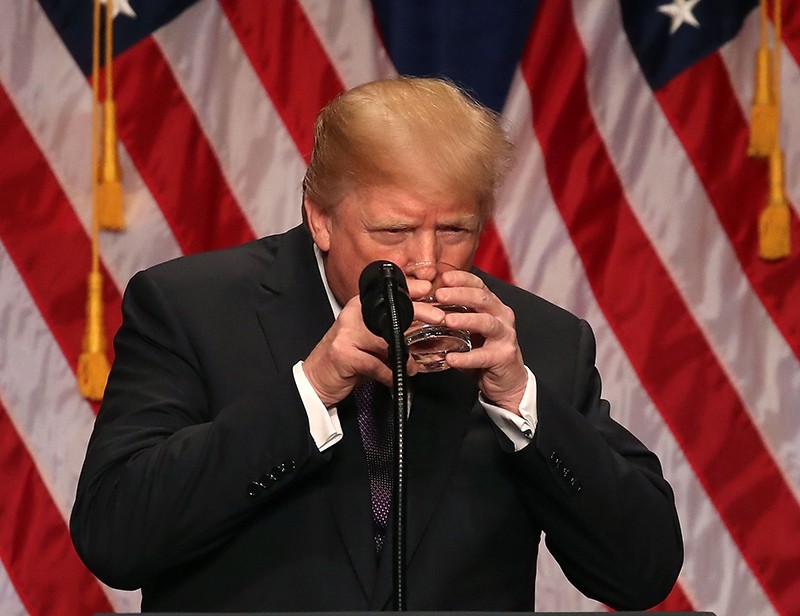 China and Russia hit back at U.S. President Donald Trump's first National Security Strategy on Tuesday which pilloried both countries as "revisionist powers" bent on rolling back American interests.

"Any country, or any report, which distorts the facts, or maliciously slanders will only do so in vain," foreign ministry spokeswoman Hua Chunying told a regular news briefing.

"After quick reading, especially those parts of the strategy that somehow mention our country, of course, we can probably see the imperialist character of the document, there is a reluctance to abandon [the notion of a] unipolar world, with persistent reluctance, rejection of a multipolar world," Peskov said, adding that Kremlin cannot agree that Russia poses threat to the U.S.

Trump on Monday unveiled a 68-page document detailing his administration's vision of the U.S. national security.

It warns that "Russia aims to weaken US influence in the world and divide us from our allies and partners," while Russian nuclear weapons are deemed "the most significant existential threat to the United States."

It accuses China of seeking "to displace the United States" in Asia, listing a litany of US grievances, from deficits, to data theft to spreading "features of its authoritarian system."

"Contrary to our hopes, China expanded its power at the expense of the sovereignty of others," it says.