Bosniaks wanted to vote against Trump’s decision, Croats and Serbs did not agree: official 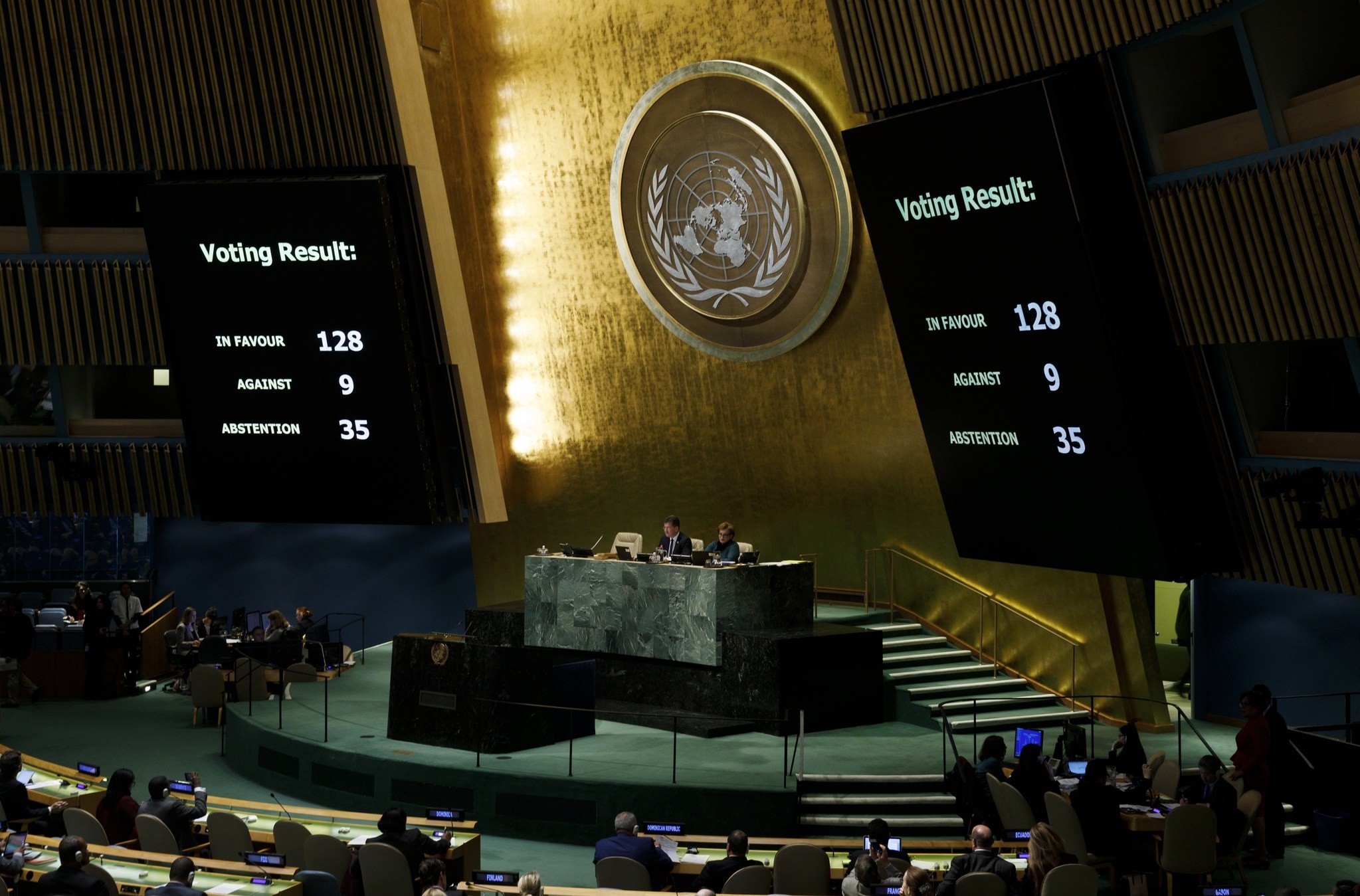 The Bosniak member of Bosnia and Herzegovina's tripartite presidency, Bakir Izetbegovic wanted to vote against U.S. President Donald Trump's decision to recognize Jerusalem as Israel's capital at the United Nations but Croats, Serbs opted for abstaining.

Halid Genjac, a senior figure of the Muslim Bosniak's Party of Democratic Action (SDA), said Friday that the country's tripartite presidency requires consensus on such decisions.

"Bosnia and Herzegovina is a country enchained by different opinions. Under these conditions, we had no other choice but abstain," Genjac said.

In a surprising turn of events, the Muslim-majority country abstained from voting in a U.N. resolution which rejected Trump's controversial move to recognize Jerusalem as Israel's capital.

"In the light of the delicacy of the years-long problem between Israel and Palestine, and in the light of President Donald Trump's decision to move the U.S. diplomatic mission to Jerusalem, I urge you… to do all that is necessary that the head of the Bosnia and Herzegovina mission to the U.N. does not support the resolution," Dodik was quoted as saying on the Balkan Insight website.

"Republika Srpska and Israel have friendly relations and any diplomatic action by Bosnia that could endanger this friendship should be prevented," the website added.

Despite the U.S. threat that countries who will vote against will no longer receive American aid, 128 states, including the biggest aid recipients, voted in favor of the resolution, leaving the White House facing a tricky dilemma as it plots a course forward to the Middle East.

Afghanistan, Egypt, Jordan and Pakistan all voted to back the resolution put forward by Turkey and Yemen, as did African countries Nigeria, Ethiopia, Tanzania, and South Africa.

The three most important countries in Europe — Britain, France and Germany — all voted against the U.S. on Thursday. Other European countries with close ties to Israel, including Poland, Hungary and the Czech Republic — all with nationalist governments — abstained in the vote.