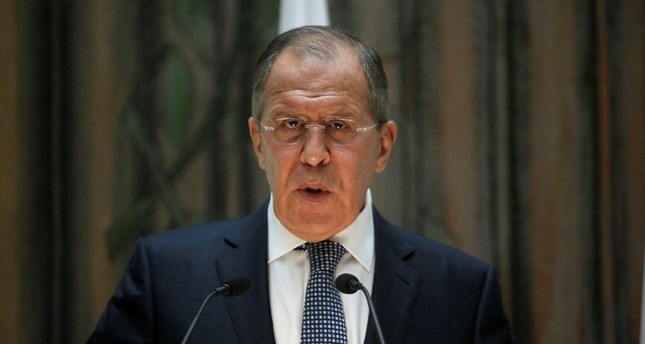 The United States needs to adapt to the reality of an increasingly multipolar world and it has to stop its dictating policy toward other nations, Russian Foreign Minister Sergei Lavrov said on Monday.

"Unfortunately, our American colleagues still want to operate only on the basis of a dictating policy, issuing ultimatums, they do not want to hear the perspectives of other centers of world politics," Lavrov said.

Speaking about the U.S.' North Korea policy, he said that a possible military conflict should be avoided.

"The United States quite plainly says that the military confrontation is inevitable, however, everyone understands the catastrophic consequences of such recklessness," Lavrov added.

He also touched upon the nuclear deal with Iran.

"We will not support what the United States is trying to do, changing the wording of the agreement, incorporating things that will be absolutely unacceptable for Iran," he stated.

"It's sad that the United States once again gives a reason to doubt their ability to be reliable contract partners. I would say that the [U.S.] administration's actions indicate the fear of honest competition in a whole number of spheres."

Earlier on the same day, the top diplomat also slammed the U.S.' move to form a 30,000-strong army comprising of YPG militants, which constitute the Syrian affiliate of PKK, a globally recognized terrorist group.

Speaking at his annual news conference in Moscow, Lavrov said the U.S. move "can't serve to calm the situation" in Afrin, which borders Turkey, adding that Kremlin wants Washington to explain its decision.

"Like our Turkish and Iranian colleagues, we also expect an explanation from the U.S. on this issue. We think this decision will jeopardize Syria's territorial integrity," he said, adding that the U.S. move would lead to the formation of a large isolated area on Syria's border with Turkey and Iraq.

"This serious issue could lead to worrisome results regarding the steps to be taken for these areas in Syria," said Lavrov.