Trump, May to meet on sidelines of Davos summit next week: White House 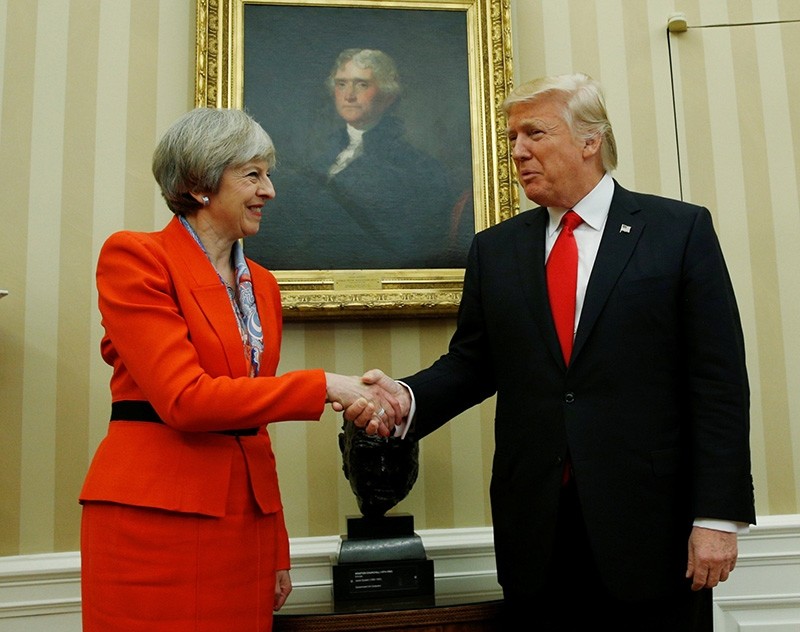 U.S. President Donald Trump meets with British Prime Minister Theresa May in the Oval Office of the White House in Washington on Jan. 28, 2017. (Reuters Photo)
by Compiled from Wire Services Jan 20, 2018 12:00 am

Trump is traveling next week to the World Economic Forum's 48th Annual Meeting in Davos, Switzerland.

The announcement came after Trump canceled a planned trip to London, casting further doubt on the strength of the vaunted trans-Atlantic "special relationship."