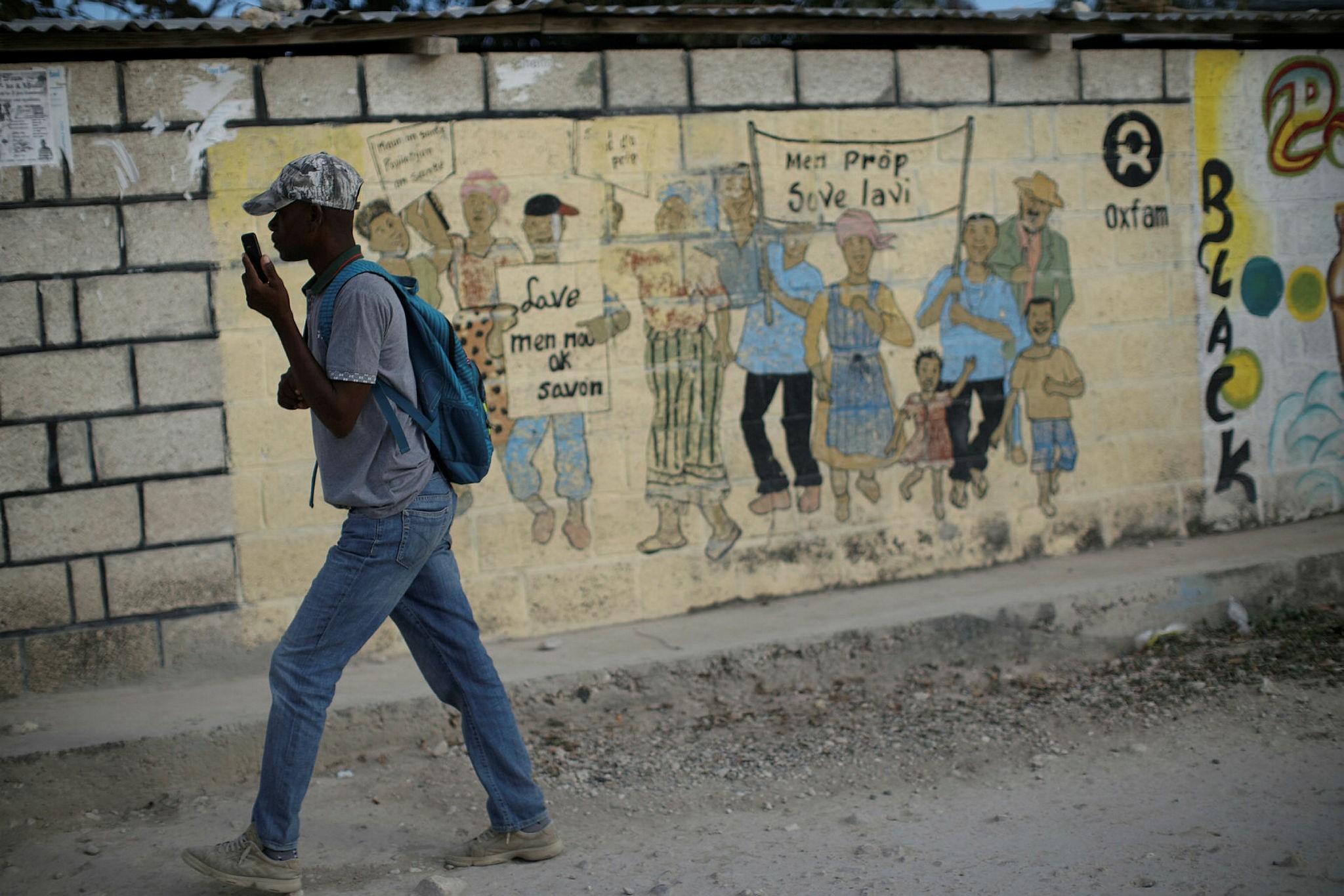 A prostitution scandal embroiling British charity Oxfam has highlighted the lack of oversight with which aid organizations often operate in countries like Haiti, where the government is weak and locals driven to desperation by grinding poverty.

In this Caribbean nation, the poorest in the Americas, aid groups are involved in issues from healthcare to education to urban planning to water management. Nongovernmental organizations have been active in Haiti for decades, to the point that they sometimes take over the role of the state.

"At one point there were 600 NGOs present in Haiti and there was an extremely significant increase following the 2010 earthquake," said Haitian economist Camille Chalmers, who believes many NGOs are operating without having registered with the authorities.

"More and more bilateral and multilateral aid flows through NGOs, and that makes them essential players in terms of public development," he said.

One of those aid giants, Oxfam, now stands accused of failing to act after its staff members were accused of using prostitutes in Haiti following the 2010 earthquake.

President Jovenel Moise spoke out about the scandal Tuesday, saying there was "nothing more undignified and dishonest" than humanitarian aid workers exploiting "needy people."

The influence of NGOs in Haiti is magnified because their financial aid comes in the form of dollars, creating a chasm between their staffers and the local people.

In comparison, nearly 60 percent of Haitians live on the equivalent of less than $2 a day. With the country plagued by mass unemployment, they are forced to scrape by with informal work.

The disparity is in the spotlight because the Oxfam scandal has highlighted an apparent sense of impunity among some actors in the aid community.

"NGOs have more money than the Haitian state so there is a fear. The police are helpless," Haitian lawyer Mario Joseph said.

"They come to support the rights of women and children and it is they themselves who, through economic power, take advantage of the country's weaknesses to commit abuse, rape, knowing that there is this impunity because the state does not demand accountability."

Joseph said the economic clout of the NGOs can color their relationship with the country's authorities.

"Oxfam could have had a better response. The flaw in their approach was that they did not report illegal acts to police," Joseph said.

Shaken by revelations that some of its staff used prostitutes in both Haiti and Chad, Oxfam has denied covering up misconduct. The allegations, which triggered the resignation of Oxfam's deputy chief Penny Lawrence, revolve around Roland van Hauwermeiren who was Oxfam's country director for Haiti and previously the head of the charity's mission in Chad. Oxfam investigated sexual misconduct allegations in 2011 and van Hauwermeiren was one of three staff members who resigned, while four others were dismissed. The scandal widened Tuesday after fresh claims against the charity of sexual assault and cover-up in South Sudan.