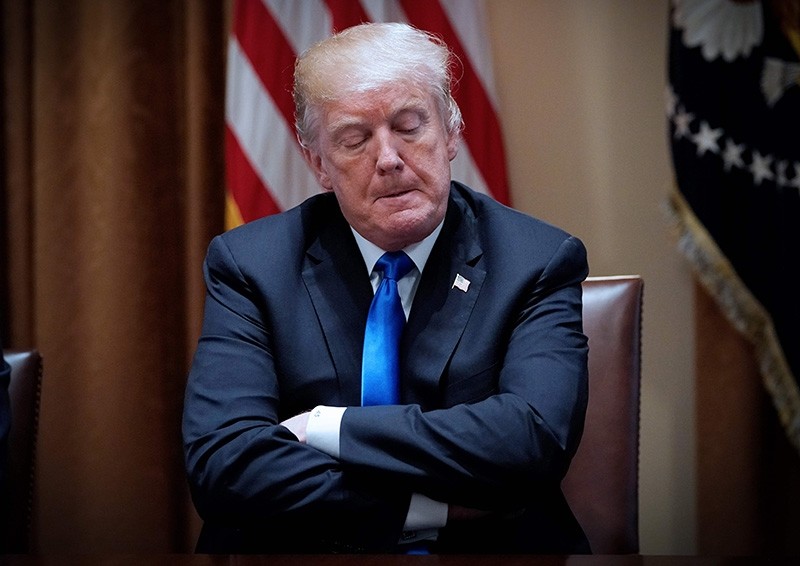 US President Donald Trump takes part in a meeting with bipartisan members of Congress on school and community safety in the Cabinet Room of the White House (AFP Photo)
by German Press Agency - DPA Mar 01, 2018 12:00 am

Norwegian police said Thursday that they have contacted the FBI as part of a probe into a fake nomination of U.S. President Donald Trump for this year's Nobel Peace Prize.

The Norway-based Nobel Committee earlier this week said it had made a police complaint.

Rune Skjold of the Oslo police force's economic crimes unit Thursday confirmed reports that the FBI was contacted for assistance.

"We are investigating possible forgery of documents," Skjold told dpa, adding that he could not offer details or name any suspects.

Forging documents can result in several years in prison, he added.

Skjold said the Nobel Committee had contacted Oslo police about a month ago. Police had also been alerted last year over a similar suspect nomination for Trump.

A meeting with FBI officials was due next week in Oslo, Skjold said.

Concerning "the nomination of the U.S. president, I can say that we have good reason to believe it is a fake nomination," Olav Njolstad, non-voting secretary of the Nobel Committee, had told Norwegian public broadcaster NRK earlier this week.

Njolstad, who is also head of the Norwegian Nobel Institute, which assists the five-strong award panel in vetting nominated candidates, has declined further comment when contacted by dpa.