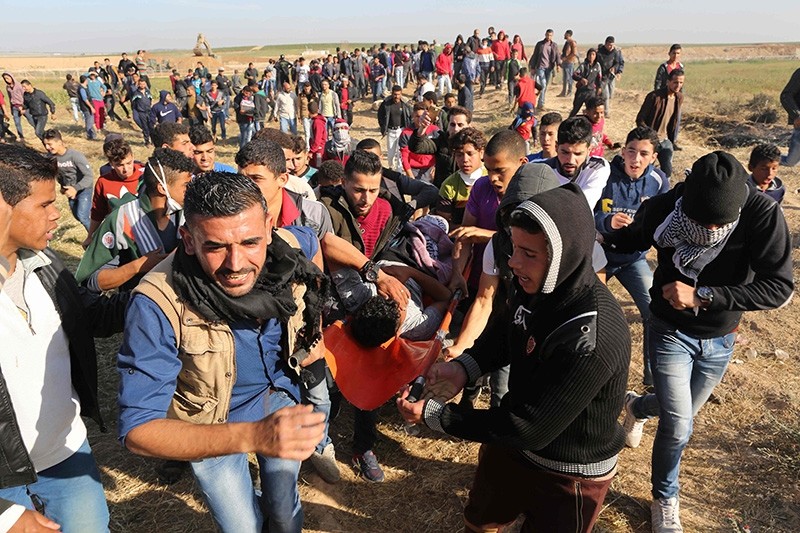 The group issued a report saying that although there was violence at the protest on Friday, like rock throwing and burning tires, there is no evidence that demonstrators "seriously threatened" Israeli soldiers.

"Israeli soldiers were not merely using excessive force, but were apparently acting on orders that all but ensured a bloody military response to the Palestinian demonstrations," said Eric Goldstein, deputy Middle East director at Human Rights Watch.

"The result was foreseeable deaths and injuries of demonstrators on the other side of a border who posed no imminent threat to life."

Friday was the bloodiest single day in the embattled coastal enclave since a 2014 war between Israel and Hamas, which rules the Gaza Strip.

According to the Hamas-controlled Health Ministry, hundreds suffered from bullet injuries.

Israel said it was responding to rioting along the border and shot at "main instigators." The army said the protests were a mask for Hamas, which controls the Gaza Strip, to carry out attacks on the Israeli border fence.

The Israeli army was not able to immediately respond to the HRW report.

Israel's defense minister has rejected calls from U.N. Secretary-General Antonio Guterres and others for an independent investigation into the deaths.