In gaffe, France's Macron thanks Australian PM and his ‘delicious’ wife 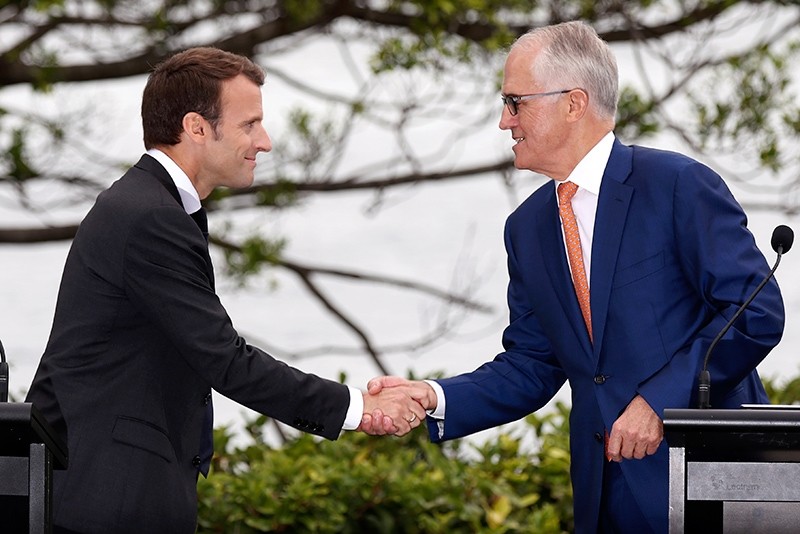 Usually quite competent in English, French President Emmanuel Macron prompted some chuckles and perhaps even blushes Wednesday when he thanked the "delicious" wife of Australian Prime Minister Malcolm Turnbull for a wonderful visit.

Macron was appreciating the warm Aussie hospitality on the second day of a three-day trip Down Under, when he said: "Thank you and your delicious wife for your warm welcome."

"It was a perfect organization of this trip. Thanks to you and Lucy," he said alongside Turnbull during a joint press conference in Sydney.

The word for delicious in French is "delicieux" which also translates as "delightful."

Other than that, Macron switched from French to English mostly flawlessly during the press conference, as he was quizzed by reporters from both countries. The slip of the tongue caused a mini-stir on social media. "Can't take your eye off those Frenchmen for a second," said a Twitter user. "That's not a mistranslation, he's just French," another wrote.

Macron arrived alone in Australia on Tuesday night and met with the Turnbulls for dinner at the Sydney Opera House, which was lit up in the red, white and blue of the French flag to mark the visit.