No set date for Assange to regain access to internet, Ecuador says 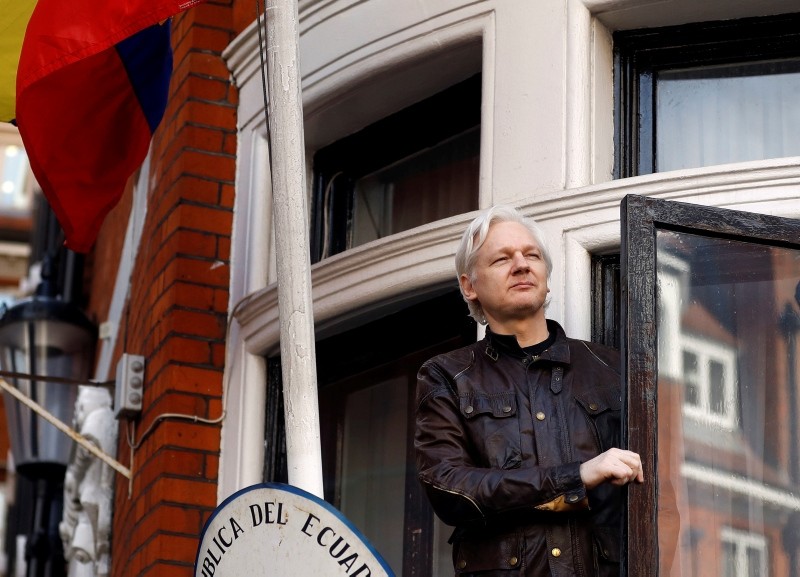 In this May 19, 2017 file photo, WikiLeaks founder Julian Assange greets supporters from a balcony of the Ecuadorian Embassy in London. (AP Photo)
by Associated Press
Jun 04, 2018 12:00 am

Ecuador's foreign minister, Maria Fernanda Espinosa, said on Monday that there is no set date for WikiLeaks founder Julian Assange to regain access to the internet in the Ecuadorean Embassy in London where he has taken shelter since 2012.

Ecuador's government cut off Assange's internet connection in March after he made social media posts decrying the arrest of a Catalan separatist politician.

"On several occasions he has agreed on not intervening in internal politics of third-party countries and unfortunately he has not complied with his commitment, so for the time being he is not allowed to have access to the internet," Espinosa told The Associated Press.

"It is not a matter of censorship", she said.

Ecuador gave Assange asylum after he sought refuge in the embassy to avoid extradition to Sweden for investigation of sex-related claims. Sweden dropped the case, but Assange remains subject to arrest in Britain for jumping bail. He also fears a possible U.S. extradition request based on his leaking of classified State Department documents.

The foreign minister said that Ecuador has asked Assange to comply with "his obligations" when it comes to "respecting international law".

"We have asked him to do so and he has said he would (comply)", she said. "Unfortunately he did not on several occasions".

Ecuador has tried to find a solution that would allow Assange to leave without the threat of arrest, but so far without success. Espinosa said that her government is in continuous talks with Assange's lawyers and with the British government.

"I think all parties are interested in finding an outlet, a solution, to this complex situation", she said.

Espinosa was at U.N. headquarters in New York because of Tuesday's election for the presidency of the next session of the General Assembly, which starts in September. Espinosa and the current ambassador of Honduras to the UN, Mary Elizabeth Flores, are vying to lead the 193-member world body. The presidency rotates every year by region.

Ecuador granted the Australian-born Assange citizenship in December as part of an effort to make him a member of its diplomatic team, which would grant him additional rights, such as special legal immunity. But Britain's Foreign Office rejected the request to grant him diplomatic status in the U.K.