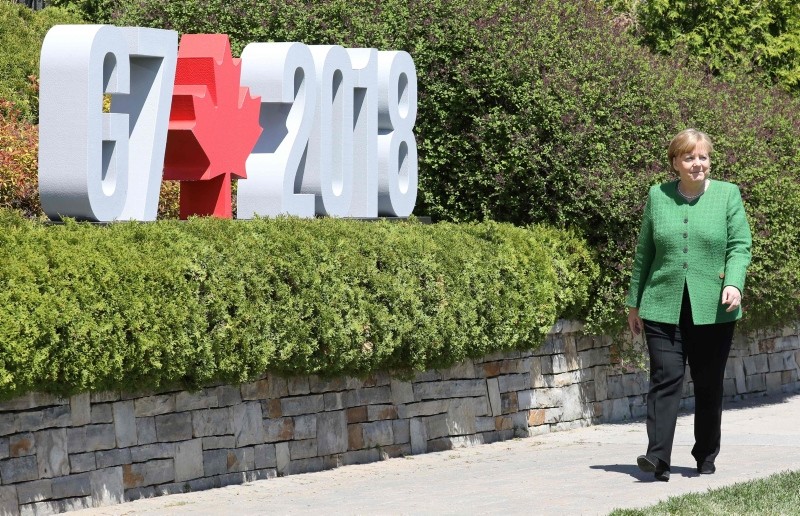 Representatives of European Union countries at the G7 meeting in Quebec agreed that the conditions to readmit Russia to the group of advanced economies were not yet met, German Chancellor Angela Merkel said on Friday.

Speaking on the sidelines of the summit, Merkel said it was too soon to say whether leaders would issue a common communique, adding that the leaders had not yet addressed trade and climate, two of the most sensitive issues.

"In my view it is important that we not agree on less than we achieved last year," she told reporters, setting a modest bar for success in what could be the most difficult G7 summit in decades.

U.S. President Donald Trump called earlier on Friday for Russia to be brought back into the global grouping - Moscow was expelled in the wake of its annexation of Ukraine's Crimean peninsula in 2014. Italy's new Prime Minister Giuseppe Conte later echoed the call in a post on Twitter.

But Merkel said all the EU leaders present at the summit - who include Conte - had agreed in discussions ahead of the full summit that this could not be on the agenda.

"Here we all agreed that a return of Russia to the G7-format summits can't happen until substantial progress has been made in connection with the problems with Ukraine," she said. "That was the common view."