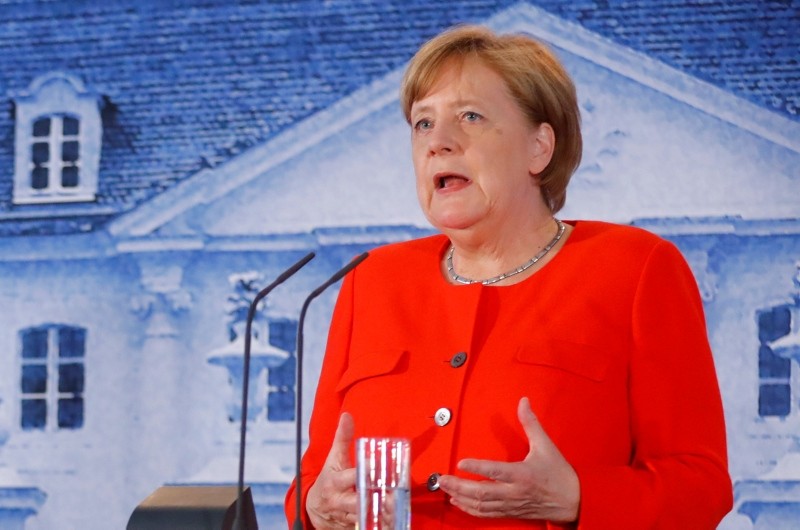 Chancellor Angela Merkel coolly rebuffed U.S. President Donald Trump's assertion that migrants were behind a surge in crime in Germany, pointing to statistics that showed crime was in fact down.

"My answer is that the interior minister presented the crime statistics a short while ago and they speak for themselves," Merkel told a news conference with French President Emmanuel Macron when asked about a recent flurry of tweets from Trump.

"We are seeing a slight positive development. We must always do more to fight criminality. But they were very encouraging numbers," she added.

A government-sponsored study published in January showed that violent crime had risen about 10 percent in 2015 and 2016, attributing more than 90 percent of the rise to young male asylum seekers.

Merkel has faced opposition at home for a decision in 2015 to open Germany's borders to hundreds of thousands of migrants, mostly Middle Eastern asylum seekers who crossed by sea from Turkey to Greece and overland through the Balkans. That route has since been closed under a 2016 deal Turkey-EU deal.

In a tweet on Monday, Trump said that the people of Germany were turning against their leadership because of loose migration policies.

"Crime is way up. Big mistake made all over Europe in allowing millions of people in who have so strongly and violently changed their culture," Trump said.

He followed that up with a tweet on Tuesday that said: "Crime in Germany is up 10% plus (officials do not want to report these crimes) since migrants were accepted. Other countries are even worse. Be smart America!"

His tweets come amid a storm of criticism from Democrats and some Republicans for his administration's policy of detaining immigrant children separated from their parents at the U.S.-Mexico border.