India, Saudi Arabia, US among top 10 most dangerous countries for women 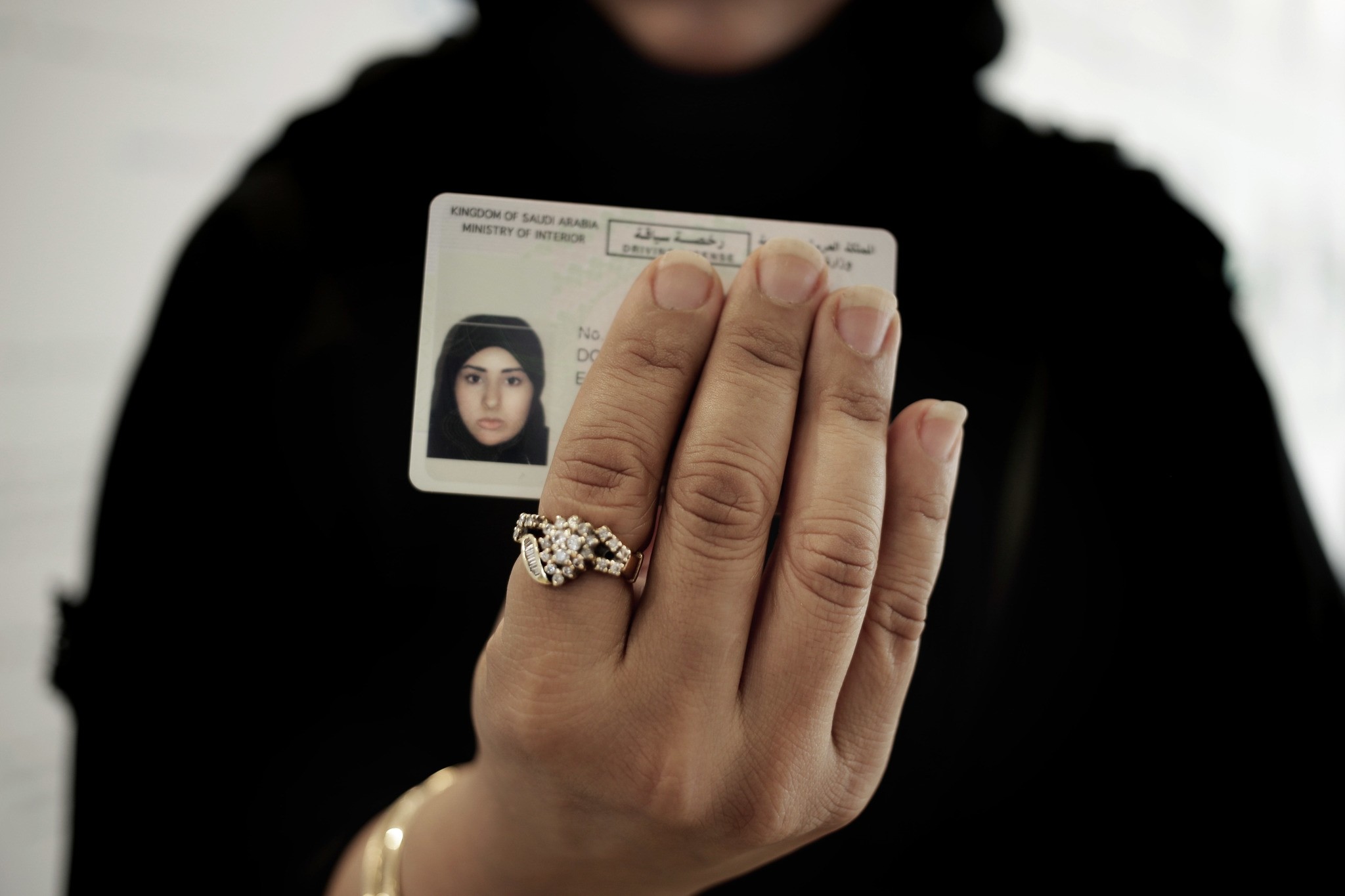 In this June 23, 2018 photo, a Saudi woman covering her name holds her new car license at the Saudi Driving School inside Princess Nora University in Saudi Arabia. (AP Photo)
by Daily Sabah with Reuters Jun 26, 2018 12:00 am

India, Syria, Saudi Arabia and the United States are among the world's top 10 most dangerous countries for women, according to a global experts' poll released Tuesday.

The survey by the Thomson Reuters Foundation asked about 550 women's issues experts which five of the 193 United Nations member states they thought were most dangerous for women and which country was worst in terms of healthcare, economic resources, cultural or traditional practices, sexual violence and harassment, non-sexual violence and human trafficking.

India ranked no. 1 on the list due to the high risk of sexual violence and being forced into slave labor, according to the poll.

The only Western nation in the top 10 was the United States, which ranked joint third when respondents were asked where women were most at risk of sexual violence, harassment and being coerced into sex.

Rounding out the top 10 most dangerous countries for women were Pakistan, Democratic Republic of Congo, Yemen and Nigeria.

India's move to the top of survey – previously ranked fourth in 2011 – showed not enough was being done to tackle the danger women faced, more than five years after the rape and murder of a student on a bus in Delhi made violence against women a national priority.

"The (world's) fastest growing economy and leader in space and technology is shamed for violence committed against women."

Government data shows reported cases of crime against women rose by 83 percent between 2007 and 2016, when there were four cases of rape reported every hour.

Respondents also ranked India the most dangerous country for women in terms of human trafficking, including sex slavery and domestic servitude, and for customary practices such as forced marriage, stoning and female infanticide.

The impact of a seven-year war drove Syria into third place in the survey, amid concerns over access to healthcare and both sexual and non-sexual violence.

"There are so many dangers for girls and women," said Maria Al Abdeh, executive director of Women Now For Development, which supports women's centers in Syria.

"There is sexual violence by government forces. Domestic violence and child marriage are increasing and more women are dying in childbirth. The tragedy is nowhere near an end."

U.N. investigators said in March that the use of rape and other sexual violence during ground operations, house raids, at checkpoints and in detention constituted war crimes and crimes against humanity.

Aid workers said rising poverty and fears of sexual violence were also fueling a rise in child marriage with reports of girls as young as 11 being married but no official data on numbers.

Afghanistan fared worst in four of the seven questions, with concerns over healthcare and conflict-related violence.

"The ongoing war and conflict are getting worse in Afghanistan, which puts the lives of women and girls at increasing risk," said U.S.-based Otis, a survey participant.

Afghanistan's Public Health Minister Ferozuddin Feroz said the deteriorating security situation was making life difficult for women, with large parts of the country still in the control of Taliban fighters after nearly 17 years of war.

"Nowadays, suicide bombings and armed conflict is the third (highest) cause of deaths and disability in Afghanistan," he told the Thomson Reuters Foundation in an interview in London.

"Instead of focusing (spending) on maternal health, on nutritional status, we spend it on trauma."

Saudi Arabia ranked fifth, with women's rights experts saying there had been some progress in recent years, but the recent arrests of female activists ahead of the lifting of a ban on women driving showed much more needed to be done.

The conservative kingdom was named the second worst for women after Afghanistan for economic opportunities and discriminatory policies, and also fared poorly on non-sexual violence such as domestic abuse.

The low ranking came despite the lifting of a decadeslong ban on women driving on June 24.

Critics said the main problem was Saudi Arabia's guardianship policy, whereby women must have permission from a male relative to work, travel, marry, and even get some medical treatment.

"One of the worst laws that prevent women from having equal opportunities is guardianship - because every woman is subjected to a male guardian. She cannot get a passport, cannot travel, sometimes she cannot work," said Ahlam Akram, founder of BASIRA (British Arabs Supporting Universal Women's Rights) in the U.K.

"The guardianship is the chain around each and every woman's neck in Saudi Arabia," Akram added.

The United States came 10th overall, but ranked joint third with Syria when respondents were asked where women most risked sexual violence, harassment and coercion into sex, and sixth regarding non-sexual violence such as domestic and mental abuse.

Experts said the surprise addition came down to the #MeToo and Time's Up campaigns against sexual harassment and violence that have dominated headlines for months.

"We try to sell that we are a country of freedom and also of safety, but there are a lot of people in our country that are not safe, and victims of sex assault and domestic violence are certainly in that group," Abby Honold, a sexual assault survivor and activist in Minneapolis, told the Thomson Reuters Foundation.

While other countries are much more dangerous for women who face conflict and practices such as female genital mutilation or child marriage, U.S. statistics can paint a grim picture.

Almost one in five women have been raped, and more than one in three experienced rape, violence or stalking by an intimate partner, according to 2010 statistics by the U.S. Centers for Disease Control and Prevention.

Though it didn't rank on the top 10 overall, Myanmar came in third as the world's most dangerous country for women exploited by human traffickers and forced to wed, work and sell sex.

Women in Myanmar, in the spotlight after the exodus of 700,000 Rohingya Muslims to Bangladesh since insurgent attacks sparked a security crackdown last year, face a different threat from traffickers - being forced into marriages in China.

China is by far the most common destination country for trafficking victims from Myanmar - accounting for two thirds of the 307 cases investigated by the latter's government in 2016.

A lack of jobs in Myanmar means poor girls and women fall prey to traffickers - many of them female - who take them to China under false pretenses as brides for men in a nation with a gender imbalance due to its one-child policy, campaigners say.

The poll of 548 people was conducted online, by phone and in person between March 26 and May 4 with an even spread across Europe, Africa, the Americas, South East Asia, South Asia and the Pacific.