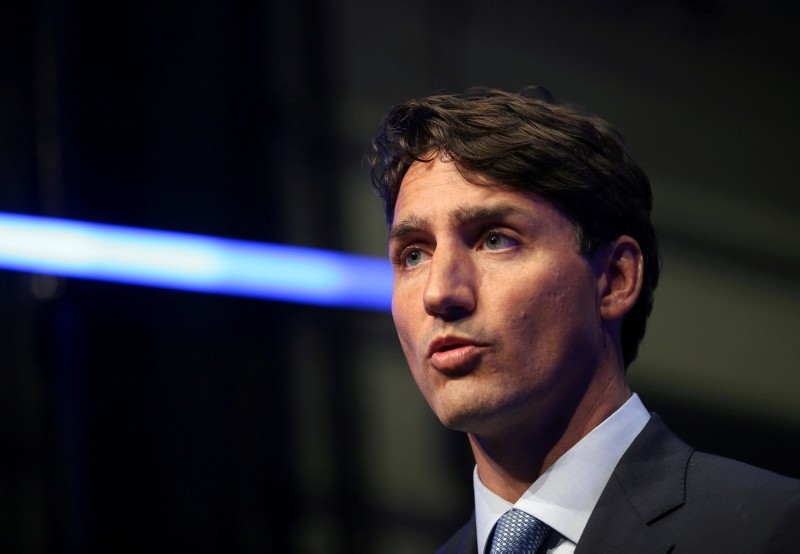 Canadian Prime Minister Justin Trudeau showed no sign of backing down in an escalating dispute with Saudi Arabia that has seen the kingdom taking a number of drastic diplomatic and economic measures designed to punish Canada.

Speaking to reporters following an event in Montreal, Trudeau on Wednesday refused to apologize for raising human rights concerns with Saudi Arabia.

Canada will continue "to speak strongly, firmly, clearly and politely about the need to respect human rights at home and around the world," he said.

On Sunday, Saudi Arabia expelled the Canadian ambassador, and froze trade and new investments with Canada.

More sanctions targeting Canada were announced in the following days, including an order for over 15,000 Saudi students studying in Canada to relocate to other countries, as Riyadh ratcheted up pressure on Ottawa.

Saudi Arabian Airlines announced Monday that it will suspend all flights to and from Toronto as of Monday, August 13.

Speaking at a press conference in Riyadh, al-Jubeir blamed Canada for the current crisis.

"It made a mistake and has to correct it," he added.

Trudeau said Canada will not apologize for standing up for Canadian values and human rights.

"Canadians have always expected our government to speak strongly, firmly, clearly and politely about the need to respect human rights at home and around the world," Trudeau said.

However, Canada continues to engage with the Saudi government diplomatically and politically, Trudeau said.

Freeland had a long conversation with al-Jubeir on Tuesday and diplomatic talks continue, Trudeau said.

"We have respect for their (Saudi Arabia's) importance in the world and recognize that they have made progress on a number of important issues but we will, at the same time, continue to speak clearly and firmly on issues of human rights at home and abroad wherever we see the need," Trudeau said.

Canadian officials speaking to DPA on background said Ottawa is not seeking an escalation but will remain firm in its position on the need for Saudi Arabia to improve its human rights situation.

Tuesday's conversation between al-Jubeir and Freeland appeared to have little effect on Saudi Arabia's desire to punish Canada.

The Saudi government announced a host of new sanctions targeting Canada on Wednesday.

Riyadh ordered all Saudi patients undergoing treatment in Canada to be transferred to other countries, as well as halting purchases of Canadian barley and wheat.

The Financial Times reported Wednesday that the Saudi central bank and state pension funds have instructed their overseas asset managers to dispose of their Canadian equities, bonds and cash holdings "no matter the cost."

In more worrying news for the families of the detained activists, al-Jubeir claimed Wednesday that the detainees had been trained by some countries, which he did not name, allegedly to gather "sensitive" information.

"The matter is not about human rights, it is a matter of national security," al-Jubeir said.

He added that charges against them would be made public after their case is sent to the court.

Amnesty International said the two detained women had been repeatedly targeted, harassed and placed under travel bans for their human rights activism.