One child under 15 dies every five seconds worldwide: report 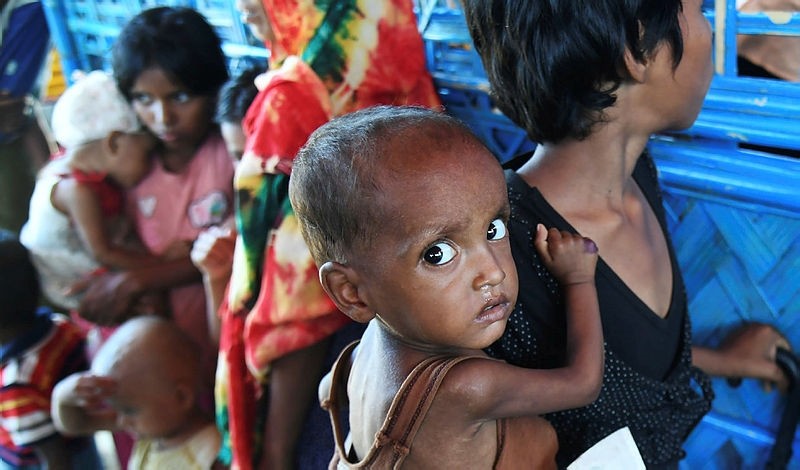 Zahid Hasan, the 1.5 years old Rohingya Muslim refugee with her sister waits to see a doctor to receive treatment for severe malnutrition at the Balukhali refugee camp in Bangladesh's Ukhia district on November 6, 2017. (AFP Photo)
by Anadolu Agency Sep 19, 2018 12:00 am

One child under 15 years old dies every five seconds around the world mostly of preventable causes, the UNICEF said Tuesday.

An estimated 6.3 million children under 15 years of age died in 2017, or one every five seconds, mostly of preventable causes, according to new mortality estimates released by UNICEF, the World Health Organization (WHO), the United Nations Population Division and the World Bank Group.

"The vast majority of these deaths — 5.4 million — occur in the first five years of life, with newborns accounting for around half of the deaths," the statement said.

"Without urgent action, 56 million children under five will die from now until 2030 — half of them newborns," UNICEF Director of Data, Research and Policy Laurence Chandy was quoted in the statement as saying.

"We have made remarkable progress to save children since 1990, but millions are still dying because of who they are and where they are born. With simple solutions like medicines, clean water, electricity and vaccines, we can change that reality for every child," Chandy added.

According to the statement, 50 percent of all deaths under five years of age occurred in sub-Saharan Africa last year and another 30 percent in Southern Asia.

"In sub-Saharan Africa, 1 in 13 children died before their fifth birthday," the statement said.

"Most children under five die due to preventable or treatable causes such as complications during birth, pneumonia, diarrhea, neonatal sepsis and malaria," it added.

Worldwide, however, fewer children are dying each year, the statement said. It noted that the number of children dying under five globally fell dramatically from 12.6 million in 1990 to 5.4 million in 2017, while the number of deaths in children between 5 and 14 years old dropped from 1.7 million to under 1 million in the same period.