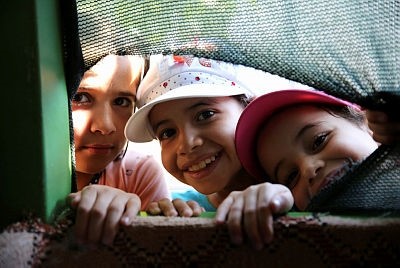 A massive influx of asylum seekers from the Middle East and Africa three years ago created deep divisions in the EU between frontline countries Italy and Greece, rich destination countries like Germany, and four ex-communist states on the EU's eastern edge -- Poland, the Czech Republic, Hungary and Slovakia.

Slovakia has long stood with others in central Europe in opposition to EU executive attempts to push mandatory relocation quotas.

In an interview on the sidelines of the Globsec Tatra Summit in the Slovak mountains, Pellegrini said Slovakia was a rich enough country to be able to take care of "ten, twenty or thirty children" currently placed in a refugee camp in Greece.

"We are politicians but when we look at the suffering of the Syrian orphans, currently being taken care of by another member state, I think we should be more humane," Pellegrini said.

"Slovakia's economy, Slovakia's society, or Slovakia's culture can't be threatened by several dozen orphans who would be placed in our children's homes ... They would learn our language and our culture," he added.

Slovakia at times in the past has taken in some asylum seekers, including temporarily housing hundreds from neighboring Austria while their requests were being assessed.