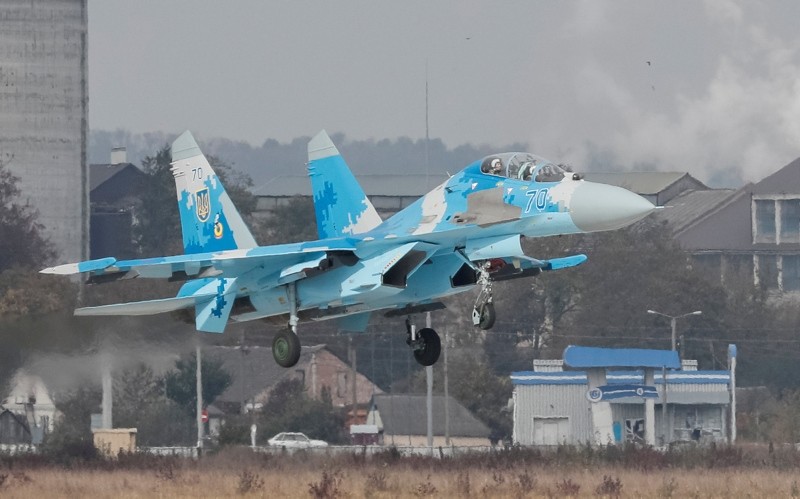 "A Sukhoi-27 plane crashed at around 5:00 p.m. local time (1400 GMT) during a training flight," the General Staff said on its Facebook page, adding that "the bodies of the two pilots have been found."

The circumstances of the crash are being investigated, the statement said.

The crash occurred in the Vinnytsia region, around 180 kilometers (110 miles) southwest of Kiev.

One pilot was a U.S. national, said local media reports.

The U.S. Air Forces in Europe and Africa issued a statement saying it was aware of "reports claiming a U.S. casualty." The command said it "can confirm a U.S. service member was involved in this incident," but stopped short of confirming the American's death.

Personnel from nine nations are taking part in the Clear Sky 2018 exercises that started in Ukraine on Oct. 8 and is expected to run until Oct. 19. They include members of a California Air National Guard unit based in Fresno, Calif.