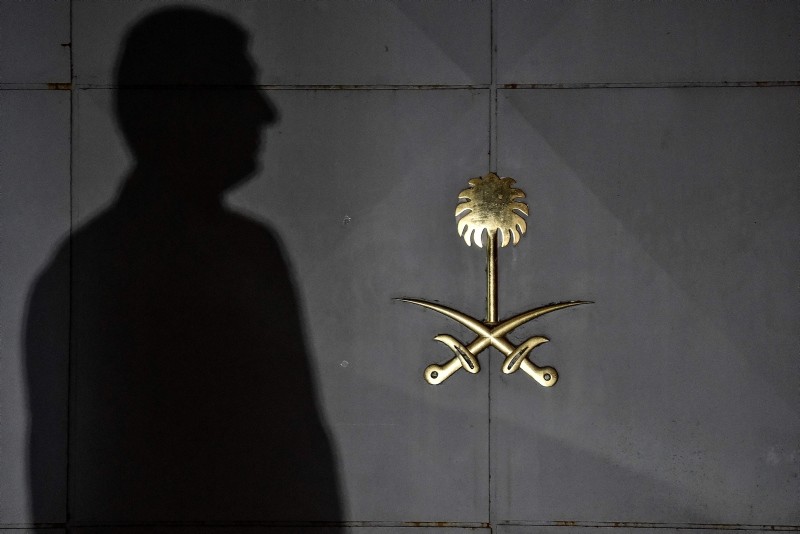 Security members of the consulate wait in front of the gate door of the Saudi Arabian consulate on October 17, 2018 in Istanbul. (AFP Photo)
by Anadolu Agency
Oct 18, 2018 12:00 am

"American intelligence officials are increasingly convinced that Crown Prince Mohammed bin Salman of Saudi Arabia is culpable in the killing of the dissident journalist Jamal Khashoggi, an appraisal that poses challenges to a White House intent on maintaining a close relationship with the kingdom," the newspaper claimed.

"Intelligence agencies have not yet been able to collect direct evidence of the prince's involvement, American and European officials said. They also have not been able to conclude whether Prince Mohammed directly ordered the killing of Mr. Khashoggi, or whether his intention was to have Mr. Khashoggi captured and taken back to Saudi Arabia," the paper reported, citing one official.

"The prince's complete control over the security services makes it highly unlikely that an operation would have been undertaken without his knowledge," it added.

On Tuesday, The New York Times reported that some of the suspects identified by Turkey in Khashoggi's disappearance had ties to the Crown Prince.