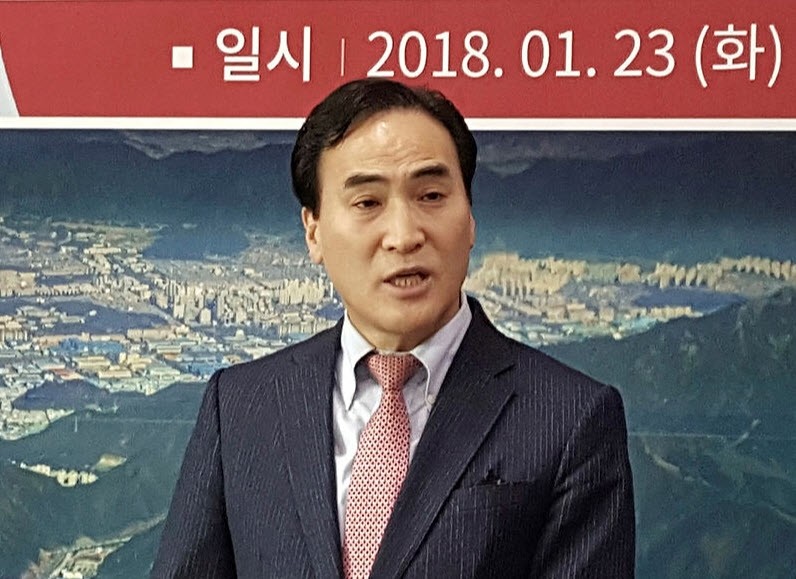 In this Jan. 23, 2018, photo, Kim Jong Yang, the senior vice president of Interpol executive committee, speaks during a press conference in Changwon, South Korea. (Kang Kyung-kook/Newsis via AP)
by Compiled from Wire Services Nov 21, 2018 12:00 am

Interpol on Wednesday elected Kim Jong Yang of South Korea as its president in blow to Russian efforts at naming one of their own.

Kim, who had been serving as acting president, was elected for a two-year term at the body's annual congress in Dubai.

Kim will replace Meng Hongwei, who went missing in his native China in September. Beijing later said Meng resigned after being charged with accepting bribes.

Ahead of the vote, calls grew within Western nations for Interpol to reject Russian candidate Alexander Prokopchuk — a Russian interior ministry official and current Interpol vice president — over fears Moscow could abuse the role to target political opponents.

Critics have raised concerns over Russia's previous applications for Interpol "Red Notices", or international arrest warrants, to target those who have fallen foul of the Kremlin.