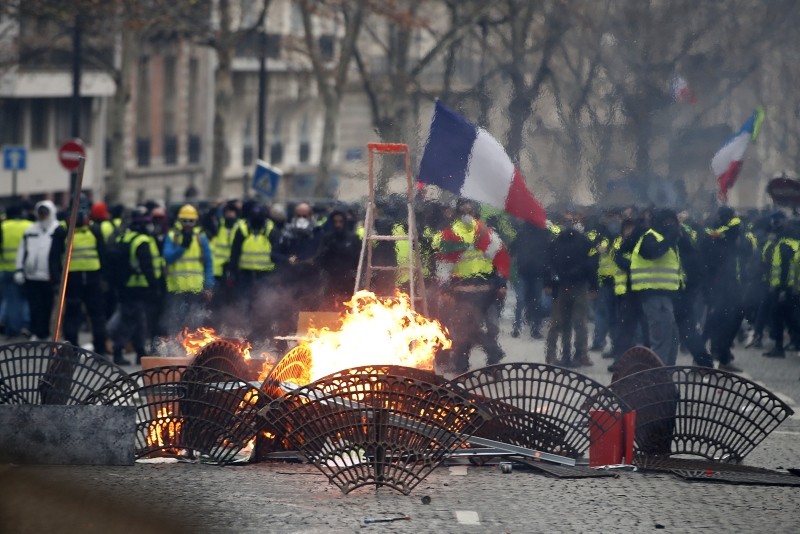 The right to protest is a fundamental right of democracy if demonstrations are held peacefully, France's Consul General in Istanbul Bertrand Buchwalter said Saturday.

"Today there are demonstrations in Paris and all over France and there will be many more in the future. Protesting is a part of our history and as long as protests are held peacefully, they are a fundamental right of democracy," Buchwalter wrote on Twitter.

It has spilled over to some other countries, including Belgium, especially in the country's French-speaking region.