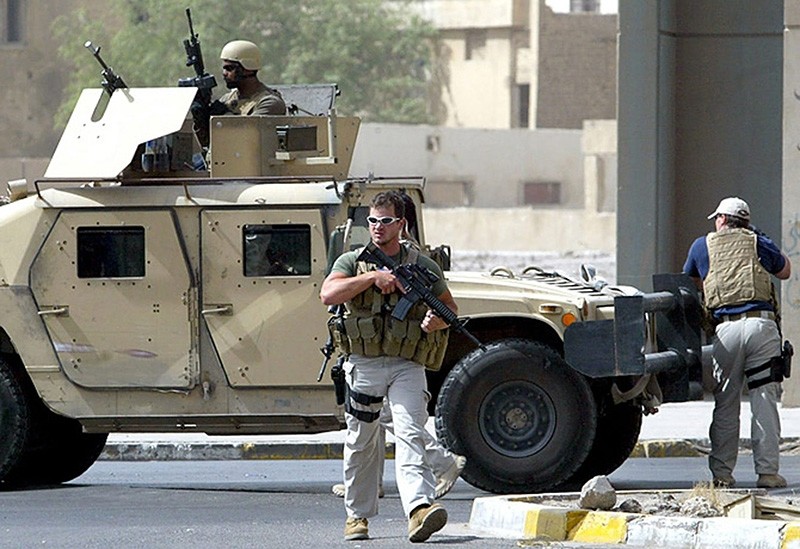 A 35-year-old former Blackwater security guard was found guilty of first-degree murder on Wednesday for shooting a civilian at a crowded traffic circle in the Iraqi capital Baghdad in 2007, in an incident that drew worldwide condemnation, the Washington Post reported.

Nicholas Slatten's conviction on the charge came a year after a federal appeals court vacated his initial 2014 conviction in the case, saying he should have been tried separately from three other Blackwater guards involved in the incident at Baghdad's Nisur Square on Sept. 16, 2007.

Prosecutors allege that Slatten, of Sparta, Tennessee, fired the first shots and intentionally set off a shooting rampage that killed or wounded 31 civilians, beginning with the death of the driver of a white Kia, Ahmed Haithem Ahmed Al Rubia'y, 19, the paper said.

The shooting stood out for its brutality even in a city in the grips of a bitter sectarian war, and sparked debate over the role of private security contractors such as Blackwater working for the U.S. government in war zones.

Slatten and his fellow guards were traveling in a heavily armed, four-truck Blackwater Worldwide convoy and had been trying to clear a path for U.S. diplomats after a nearby car bomb.

At Nisur Square, they opened fire on Iraqis, including women and children, with machine guns and grenade launchers. In addition to the 14 dead, another 17 Iraqis were wounded.

Prosecutor Fernando Campoamor-Sanchez told jurors Slatten took aim at Al Rubia'y through a scope and fired his sniper rifle twice because "he thought he could get away with it" and would "never have to answer to people like you," according to the report.

The U.S. Justice Department has long pursued accountability for the Nisur Square shooting. Slatten's initial 2014 murder conviction was overturned by a federal appeals court that said he should have been tried separately from the three other Blackwater guards in the incident.

The Justice Department's case against Slatten hinged on him having fired the first shots because of a general animosity toward Iraqis. But some evidence suggested an unnamed co-defendant might have fired the initial shots.

The appeals court also ordered the three other Blackwater guards to be resentenced, saying their 30-year terms were too long. Prosecutors still face that resentencing, the Post said. Slatten had received life in prison in the initial conviction.

Blackwater, which was founded by former Navy SEAL Erik Prince, the brother of Education Secretary Betsy DeVos, was later sold and now operates as Virginia-based Academi.