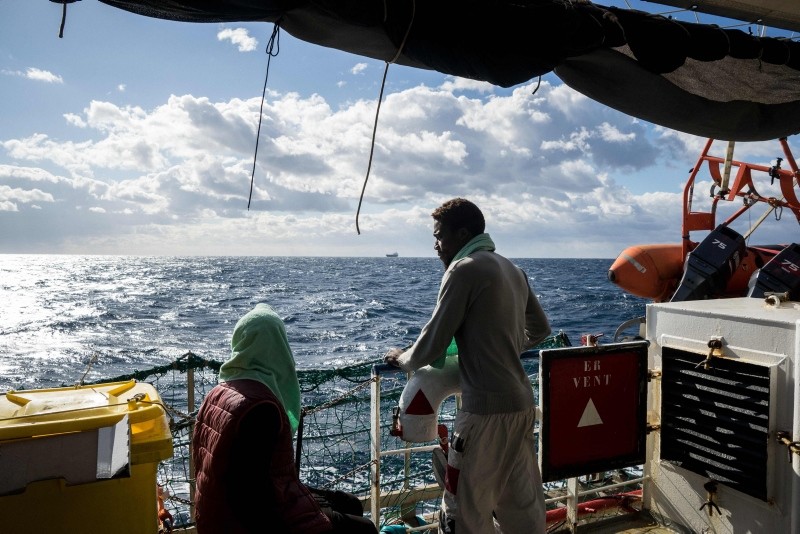 Nearly 50 migrants rescued in the Mediterranean by two ships run by rights groups are still looking for countries to take them in, one of the groups told AFP Saturday.

"The situation is still the same," a spokeswoman for one of the groups, Sea Watch, told AFP.

Their vessel, Sea Watch 3, was sheltering from stormy weather off the coast of Malta, which like Italy, has refused to allow the boat into port.

It has had 32 migrants on board, three of them children, since rescuing them on Dec. 22.

A 1-year-old baby and two children, aged six and seven, "are vomiting continuously and are at risk of hypothermia and dehydration," said Alessandro Metz of rights group Mediterranea, on Twitter Friday.

The German NGO Sea-Eye also has a ship stranded in the Mediterranean with 17 migrants on board.

The row is the latest in a series about the sea rescues that has thrown a spotlight on the deadlock between EU countries over sharing responsibility for migrant and refugee arrivals.

Italy, Malta, Spain and the Netherlands initially refused to take in migrants from either of the boats.

But Germany and The Netherlands later said they would allow some in -- on condition that other nations did.