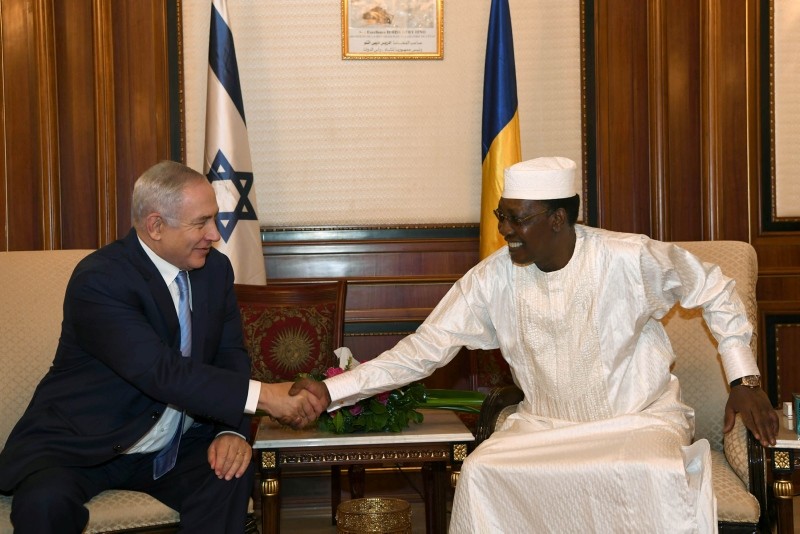 Israel and Chad have renewed diplomatic ties decades after they were ruptured, Prime Minister Benjamin Netanyahu announced Sunday during a visit to the African state.

Netanyahu and Chadian President Idriss Deby Itno have "announced the renewal of diplomatic relations between Chad and Israel," a statement from the Israeli premier's office said.

Ties between Israel and the Muslim majority nation were broken in 1972.

"The two sides view the resumption of relations as the key to future cooperation for the benefit of both countries," the statement said.

Netanyahu on Twitter called the announcement "a historic moment."

The Israeli leader has sought to improve ties with countries in the Arab and Muslim world and said he expected more such diplomatic breakthroughs soon. His one-day visit follows Deby's November trip to Israel.

The two leaders at the time declined to comment on whether their talks have included arms deals.

Chad is also one of several African states engaged in Western-backed operations against Boko Haram and Daesh terrorists.

Pressure from Muslim African nations, accentuated by the Arab-Israeli wars of 1967 and 1973, led a number of African states to sever relations with the Jewish state.

But in recent years, Israel has held out the prospect of cooperation in fields ranging from security to technology to agriculture, to improve ties on the continent.

Deby is one of Africa's longest-serving leaders. He took over the arid, impoverished nation in 1990 and won a disputed fifth term in April 2016 to lead the country of some 15 million people.