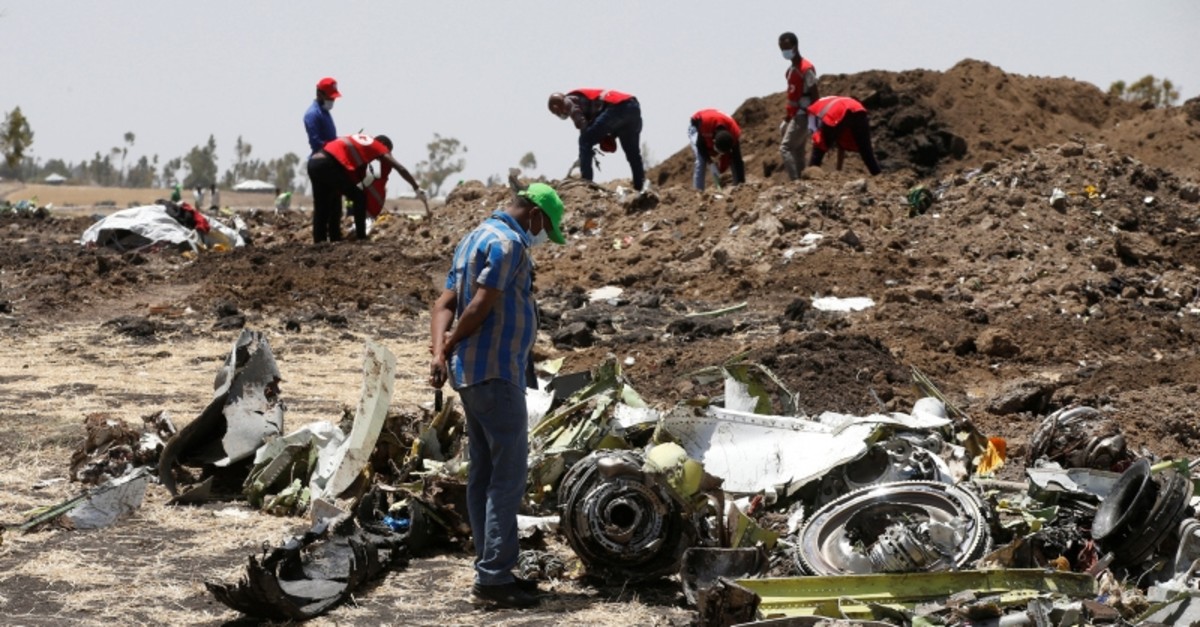 A man watches debris at the scene of the Ethiopian Airlines Flight ET 302 plane crash, near the town of Bishoftu, southeast of Addis Ababa, Ethiopia March 12, 2019. (REUTERS Photo)
by Compiled from Wire Services Mar 14, 2019 10:17 am

An Ethiopian delegation led by the accident investigation bureau has flown the black boxes from the Ethiopia plane crash from Addis Ababa to Paris for investigation, Ethiopian Airlines said on Thursday.

France's BEA air safety agency confirmed later in the day that it had received the recorders from the plane that crashed shortly after takeoff from Addis Ababa on Sunday, killing all 157 people aboard.

BEA investigators will try to remove information from the cockpit voice and flight data recorders, which were damaged in the disaster.

The information that black boxes contain about what the pilots and the plane were doing will help explain 90 percent of all crashes, according to aviation experts.

Earlier Wednesday, Ethiopia said it would send the black boxes to Europe following the disaster, the second deadly crash involving the Boeing 737 Max 8 plane in less than six months, because it does not have the equipment to read the data.

Germany had said it would not be analyzing the black boxes from the plane that crashed at the weekend just minutes after takeoff.

A spokesman for Germany's Federal Bureau of Aircraft Accident Investigation told AFP that it did not have the means to read the new software in the flight recording devices.

"We are not going to analyze (the boxes)," he added.

The Ethiopian Airlines 737 Max 8 was less than four months old when it went down six minutes into a flight from Addis Ababa to Nairobi on Sunday, disintegrating on impact.

The crash has prompted governments worldwide including the U.S. to ban the American aerospace giant's bestselling jet from their airspace.