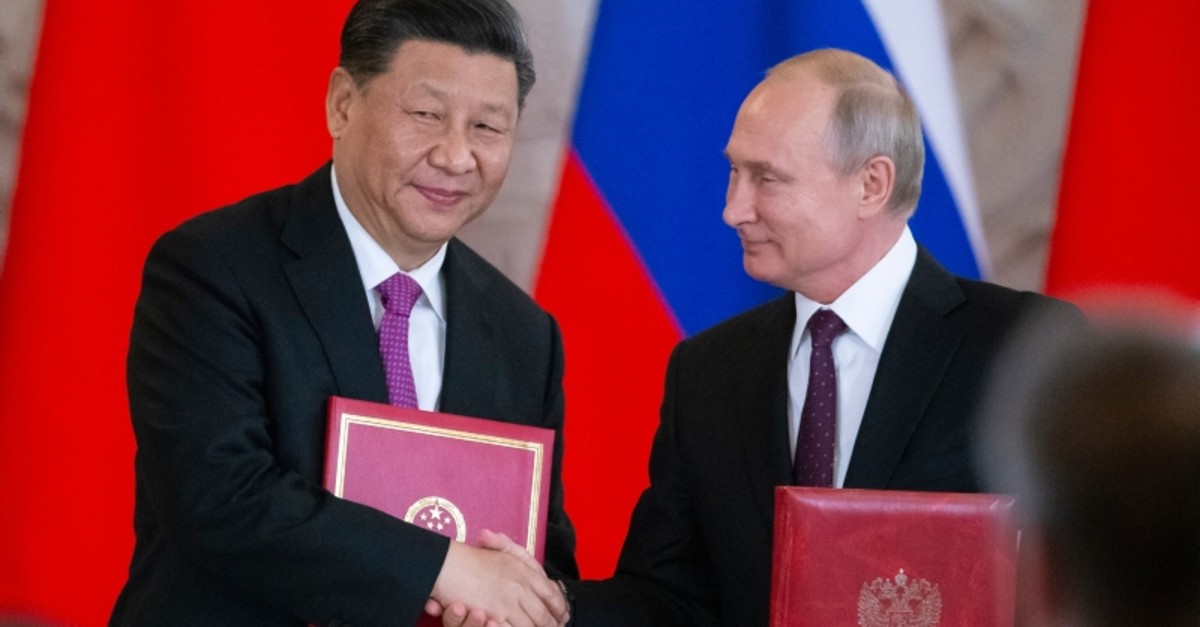 The leaders of Russia and China said their countries had never been closer during talks in Moscow on Wednesday, at a time when both are experiencing tense relations with the United States.

Russian President Vladimir Putin described his country's ties with China as having reached an "unprecedented level" in recent years, during a meeting with Chinese leader Xi Jinping in the Kremlin.

Russia has been pursuing an ever closer relationship with neighboring China in recent years as Moscow's ties with the West have plummeted over the Ukraine crisis.

China's ties with the U.S. have meanwhile deteriorated into a veritable trade war. Xi's visit to Moscow and St Petersburg, Russia's two largest cities, was to focus on strengthening economic ties.

As Russia and China have "withstood tests, changes in the situation in the world and within our countries ... we have managed to bring our relationship to its highest level ever," Xi told Putin, according to a Kremlin transcript.

Xi and Putin described each other as close friends.

"In recent years, thanks in part to your direct participation," Putin told Xi, "the relationship between Russia and China has reached, without exaggerating, an unprecedented level."

Putin and Xi were also to visit the Moscow Zoo as China presents a pair of pandas to Russia. The two leaders were then to head to St Petersburg for Russia's most prestigious economic forum.

"The positions of China and Russia on the majority of international issues either fully coincide or are similar," Kremlin aide Yury Ushakov said in comments carried by state news agency TASS.