IAEA to hold emergency meeting on Iran at US' request 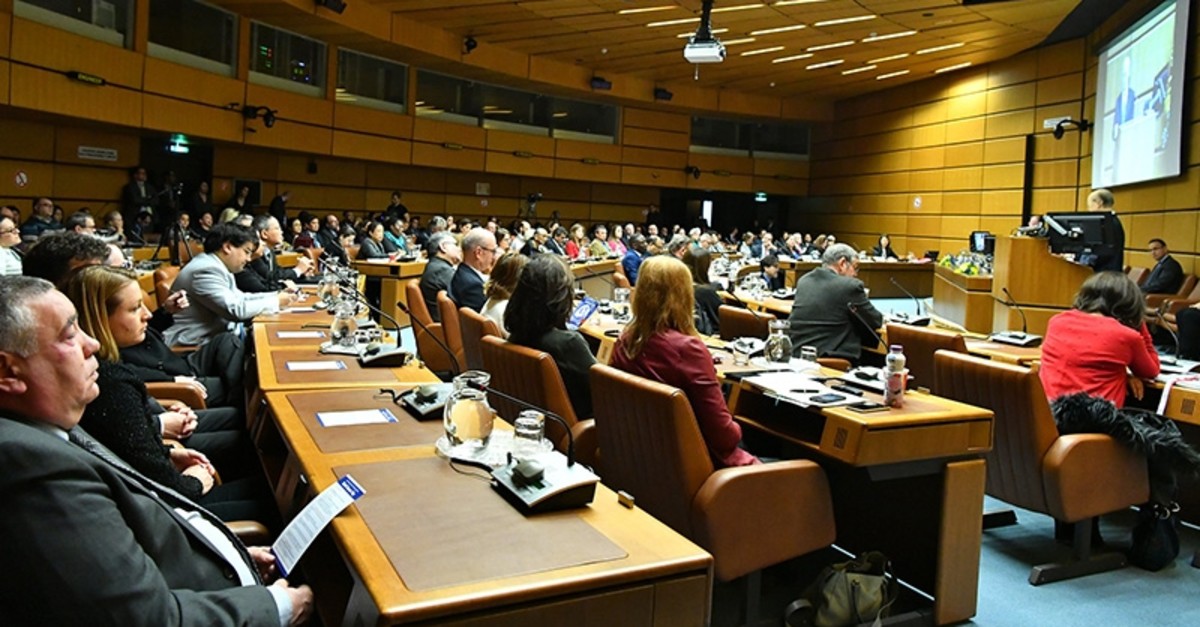 The U.N.'s nuclear watchdog said Friday it will hold an emergency meeting on Iran's nuclear program next week, days after Tehran breached one of the limits set in a 2015 deal with world powers.

The meeting of the International Atomic Energy Agency (IAEA)'s board of governors, which follows a U.S. request, would be held "on 10 July at 14:30," an IAEA spokesman said.

Earlier, the U.S. mission in Vienna said in a statement that the American Ambassador to International Organizations Jackie Wolcott had requested the special meeting to discuss Iran's breach of the amount of enriched uranium it could stockpile. Any country on the board can call a meeting.

What exactly the meeting would achieve, however, was unclear, diplomats said.

The IAEA confirmed earlier this week that Iran had breached the limit of 300 kg for stockpiles of enriched uranium as stipulated under the 2015 Joint Comprehensive Plan of Action (JCPOA).

The IAEA is in charge of verifying the restrictions on Iran's nuclear activities imposed by the deal, which also lifted international sanctions against Tehran. The IAEA has repeatedly said it is up to the parties to the deal to decide whether there has been a breach of its terms.

The U.S. statement described the news of the breach as "concerning."

Iran has said it will go over the deal's nuclear restrictions one by one in retaliation against crippling economic sanctions Washington has imposed on it since the U.S. withdrawal. It has said that as of July 7 it will enrich uranium beyond the 3.67% purity cap imposed by the deal.

Other signatories to the 2015 deal, apart from Iran and the United States, are Russia, China, France, Britain and Germany. Those five countries are trying to keep the deal alive.