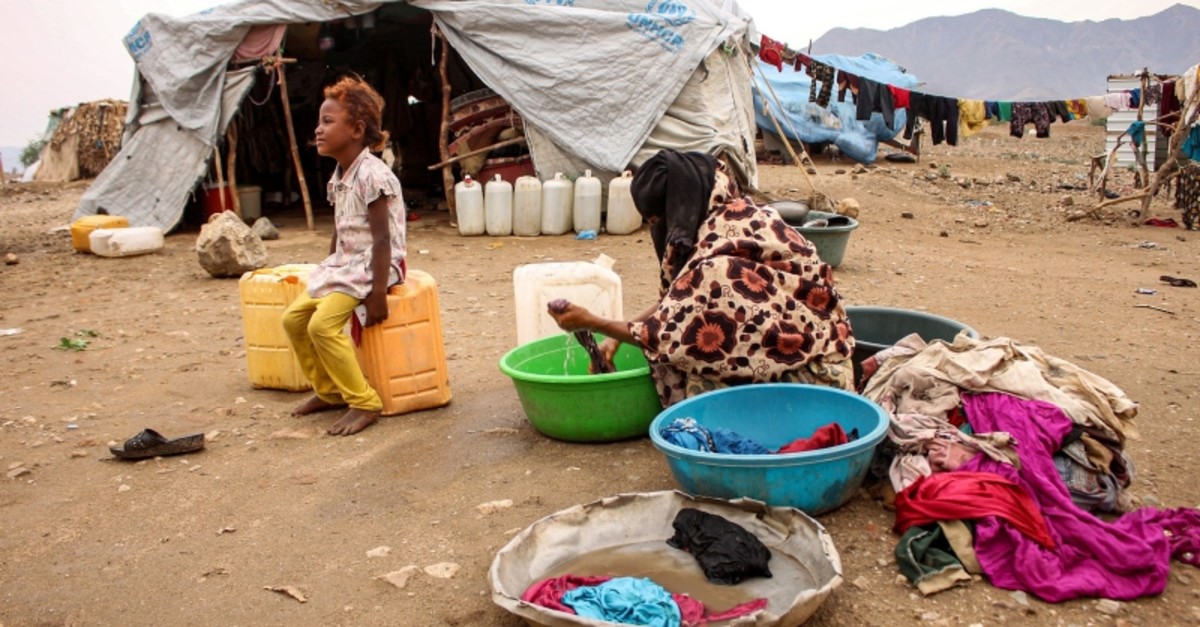 A woman washes clothes in washbasins at a make-shift camp for displaced Yemenis who fled fighting between the Houthi rebels and the Saudi-backed government, in the Abs district of the northwestern Hajjah province on August 17, 2019. (AFP Photo)
by Aug 18, 2019 8:39 pm

The number of refugees in the world has hit a record of 70 million, the highest figure since World War II, according to the United Nations.

People are fleeing war, persecution and the consequences of global warming, the German branch of the UN Refugee Agency (UNHCR) said in a statement on Sunday, one day ahead of World Humanitarian Day.

Aid organization SOS Children's Villages said 12,000 children were killed or wounded in 2018. Thousands were also kidnapped and recruited as child soldiers with hundreds of thousands of others being seriously traumatized, the group said on Sunday.

"And those are only the reviewed cases. The dark figure is probably much higher," said Teresa Ngigi, head psychologist at SOS Children's Villages, in the statement.

"And the reports of the last weeks on dead and injured children in Syria, Yemen and Sudan demonstrate that the suffering of children in war and conflict regions is continuing in 2019."