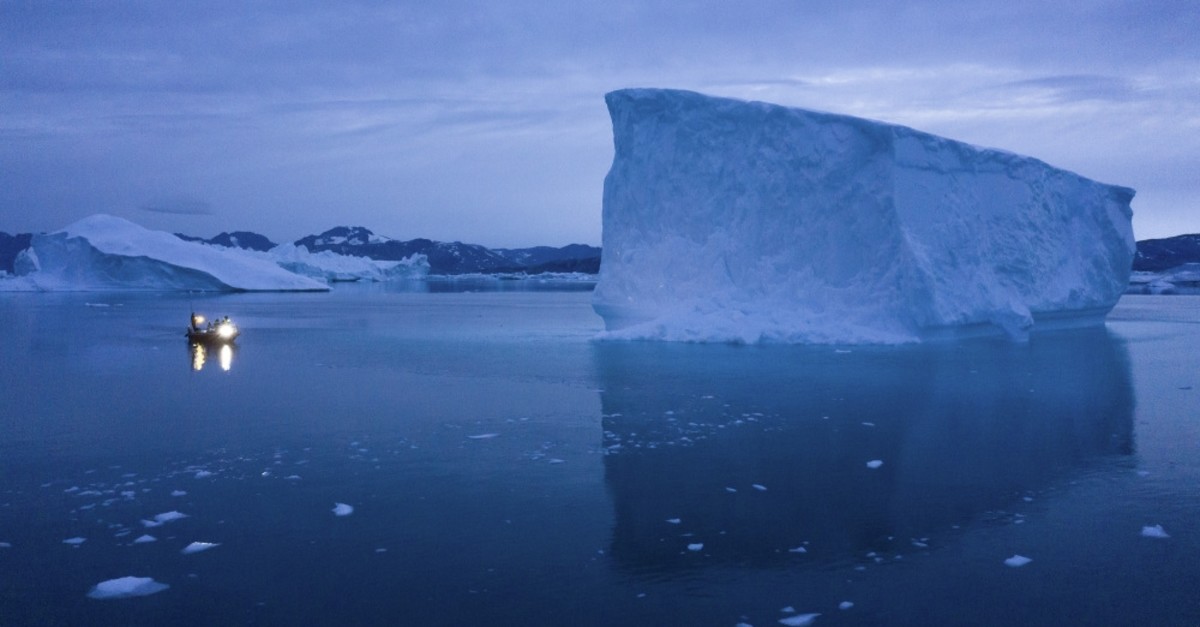 As melting ice opens new shipping lanes, the Arctic region is seen as a new geopolitical and economic asset, with the U.S., Russia, China and others claiming more rights and competing interests

Global warming is transforming the Arctic into an increasingly appealing economic and strategic location for countries all over the world. The melting ice opens shipping lanes and unlocks incredible resources, which makes the entire region a new economic and geopolitical asset, attracting countries such as the U.S, Russia and China – all of whom want a piece of the cake. Russian President Vladimir Putin put forth an ambitious program back in April in order to maintain his country's presence in the Arctic in an attempt to stake its claim in the region, which is believed to hold up to one-fourth of the Earth's undiscovered oil and gas reserves.

China called last year for joint development of a "Polar Silk Road" as part of Beijing's Belt and Road Initiative (BRI) in order to use new shipping routes through the Arctic to the eastern U.S.

Greenland forms a key corridor for naval operations between the Arctic and the North Atlantic, which highlights its strategic importance not only to China but the U.S. as well. Last week, U.S. President Donald Trump claimed his interest in buying Greenland was "not No. 1 on the burner." He was clearly disappointed about Danish Prime Minister Mette Frederiksen's "absurd discussion" comment about the situation. So much so that he went as far as to cancel a visit to Denmark that was supposed to take place during his European tour in September.

The Arctic Council was formed in 1996 and consists of eight nations that border the Arctic, including the U.S, Canada, Norway, Finland, Sweden, Denmark, Iceland and Russia. Finland had been leading the council for the last two years. Back in May, the Arctic Council had met in Finland in hopes of coming to an understanding concerning a two-year agenda to balance prevention of further damage by climate change. They would experience the first cancellation of a declaration since the council's formation in 1996. The U.S. had refused to sign the declaration meant to protect the Arctic because it had referenced climate change. U.S. Secretary of State Mike Pompeo saw its effects on the Arctic as "new opportunities for trade" revealed by "steady reductions in sea ice."

This divergence between nations concerning climate change is neither healthy nor sustainable, according to Emre Gönen, an international relations expert at Bilgi University in Istanbul. "The trouble with world governance resides in the strong dichotomy we live in. Some of the world leaders, using populism and jingoism, have opted for a 'denial policy' regarding climate change. Therefore, their major hypothesis is that the world will go through some difficult weathers but it will be business as usual. The melting of the North Pole ice cap can obviously open up new routes for commercial navigation. New ports can become much more functional, new investments could be done to improve or create port facilities. This is appealing for international finance and business circles."

"On the other hand, alarming calls are made daily, especially by the young generation, which sees a very dark future if humanity continues to use the fossil fuels and if we do not drastically reduce our plastic waste. This is a diametrically opposed policy, which is not taking into consideration economic growth, because it sees that we have already attained the limits of our growth," Gönen said.

The Arctic foreign ministers' failure to release a declaration put the Arctic's preservation at risk, because the declaration usually set the agenda for the council's work for the next two years regarding the environment's protection.

After a Nordic government leaders meeting that took place in Iceland last week, German Chancellor Angela Merkel had spoken to the media about Germany's plans to take a more active role in Arctic affairs. A resolution was passed last week by the cabinet declaring its aim to send German experts to advise the Arctic Council.

According to Merkel, Germany would look to prevent the Arctic from turning into "an object of ruthless exploitation and natural destruction." The meeting was also one for planning a campaign for an expansion of environmental protection areas in the Arctic, as the increasingly ice-free northwest and northern passages are now becoming even bigger shipping opportunities during the summer than they ever were before. Pointing out the recent tendency in France, Germany and northern European countries toward "a total change of use of energy, production, social distributive justice," Gönen called the possible opening of new routes due to the melting of glaciers as "only a headlong rush," adding that "it will not take too much time for all the governments in the world to come to understand that we have to change all our economic structure, therefore discovering and establishing new navigational routes may soon become irrelevant."

Scandinavian countries are currently looking the most concerned about the environmental aspect of the situation, rather than the economic potential that natural disasters might offer. Iceland had organized a funeral earlier this month for their first melted glacier. The latter was small enough in 2014 not to be considered a glacier anymore, as it fell short of the necessary criteria. As the region becomes more and more profitable, preserving the environment would prove to be increasingly difficult for countries like Denmark.

The region's estimated economic potential is undeniable. Outside China, Greenland is thought to have the biggest deposits of rare earth minerals used to make cellphones and batteries.

For now, the main reason why there haven't been more direct confrontations between some nations is the fact that expensive Arctic resources still lack investment in the region, as suggested. That's not to say that there haven't been competitive attempts to try to halt the region's control by other countries. Last year, then-U.S. Defense Secretary James Mattis had successfully pressured Denmark not to let China bankroll three commercial airports in Greenland, The Wall Street Journal reported. It remains to be seen how attitudes will shift as the Arctic becomes more and more profitable while countries brace themselves for new political strategies that will undoubtedly be on the table for possible implementation in the near future.