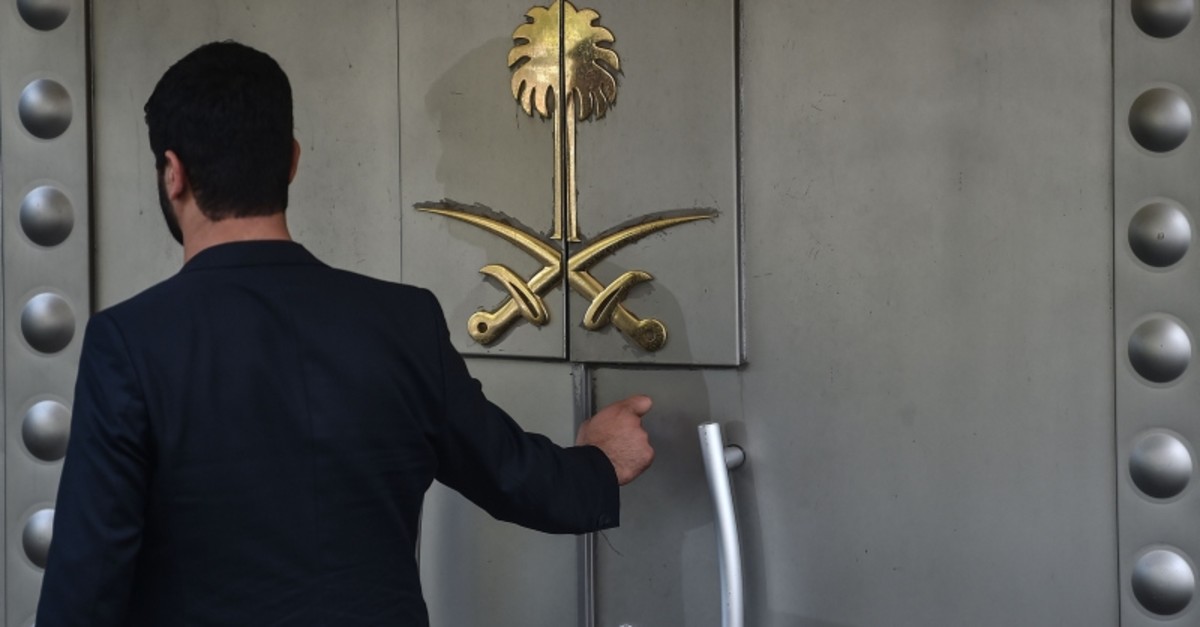 A U.N. rights expert on Monday criticized Saudi Arabia's crown prince for trying to create "distance" between himself and journalist Jamal Khashoggi's execution, even as he appeared to acknowledge the Saudi state was responsible.

Agnes Callamard, a United Nations special rapporteur who conducted an investigation into Khashoggi's murder, was reacting to an interview broadcast by US media on Sunday with Prince Mohammed bin Salman.

Speaking to CBS's 60 Minutes, Prince Mohammed denied ordering or having advanced warning of Khashoggi's killing on October 2 last year at the Saudi consulate in Istanbul, but said he "took full responsibility as a leader in Saudi Arabia".

Callamard, whose independent probe found "credible evidence" linking the crown prince to the murder and attempted cover up, dismissed that defence as "problematic".

"He is only taking corporate responsibility for the crime, which goes without saying," Callamard told AFP, days ahead of the first anniversary since Khashoggi's death.

She said the interview appeared to mark a concession by Prince Mohammed that "the killing of Mr. Khashoggi was a state killing," and therefore a rejection of Riyadh's previous explanation that responsibility for the brutal murder lay with rogue agents.

But Callamard condemned the prince, known by his initials MBS, for taking "no personal responsibility for the crime".

"He is creating huge distance between himself and the crime," by arguing that he cannot be liable for the conduct of all Saudi government employees.

Callamard told AFP that "for the last 12 months, the Saudi state, their various representatives and (MBS) included have been lying to the international community regarding the nature of the crime. So now we are supposed to take his word that, yes, he has a corporate responsibility but he has no personal responsibility?"

"Not good enough," she said.

The CIA has also reportedly said the killing was likely ordered by Prince Mohammed.

But Saudi prosecutors have absolved the prince and said two dozen people implicated in the murder are in custody, with death penalties sought against five men.

Callamard has previously blamed U.N. "paralysis" for the failure to punish those who murdered Khashoggi -- a US resident, Washington Post contributor and critic of the Saudi royal family.

She has called on Secretary General Antonio Guterres to independently launch a U.N. criminal probe.

The U.N. chief's office has said that is impossible without a member state request.

"I have not argued that this will be easy for (Guterres) procedurally or politically to do. What I am arguing is that if he wanted, and if he received sufficient formal or informal backing, he could find the legal backing to move forward," Callamard said.