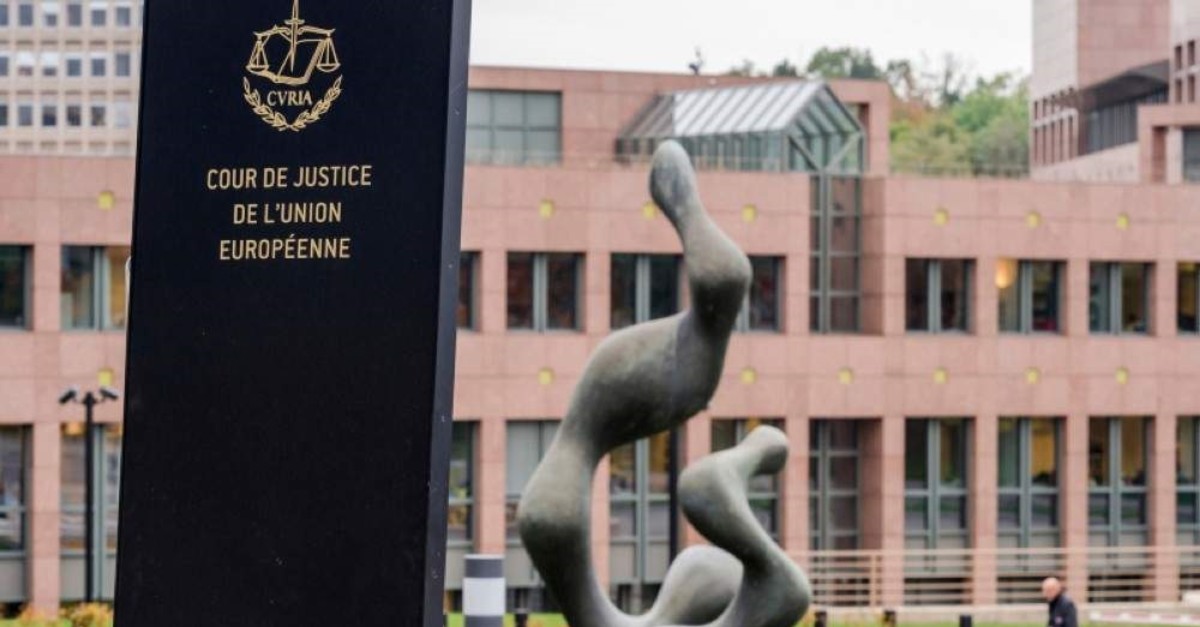 The European Union's top court ruled Tuesday that EU countries must identify products made in the Israeli-occupied territories with special labels, in a decision welcomed by rights groups but likely to spark anger in Israel.

"Foodstuffs originating in the territories occupied by the State of Israel must bear the indication of their territory of origin, accompanied, where those foodstuffs come from an Israeli settlement within that territory, by the indication of that provenance," the European Court of Justice said, in a statement announcing its decision.

The Luxembourg-based court said when products come from an Israeli settlement, their labeling must provide an "indication of that provenance" so that consumers can make "informed choices, with regard not only to health, economic, environmental and social considerations but also to ethical considerations and considerations relating to the observance of international law."

"The court underlined in that respect that such considerations could influence consumers' purchasing decisions," the ECJ said.

The EU has consistently spoken out against Israeli settlement expansion, saying it undermines the hope for a two-state solution by gobbling up lands belonging to the Palestinians.

The EU wants any produce made in the settlements to be easily identifiable to shoppers and insists that they should not carry the generic "Made in Israel" tag.

Israel captured the West Bank and East Jerusalem in the 1967 Mideast war and began settling both areas shortly afterward. The Palestinians claim both areas as parts of a future state, a position that has global support.

The international community opposes settlement construction and is considered internationally illegal. Their continued growth is seen to undermine the establishment of an independent Palestine alongside Israel. Today, nearly 700,000 Israelis live in the two areas, almost 10% of the country's Jewish population.

The ECJ underlined that settlements "give concrete expression to a policy of population transfer conducted by that State outside its territory, in violation of the rules of general international humanitarian law."

It said any failure to identify the point of origin of produce meant that "consumers have no way of knowing, in the absence of any information capable of enlightening them in that respect, that a foodstuff comes from a locality or a set of localities constituting a settlement established in one of those territories in breach of the rules of international humanitarian law."

Human Rights Watch welcomed the ruling. The rights watchdog's EU Director Lotte Leicht said it's "an important step toward EU member states upholding their duty not to participate in the fiction that illegal settlements are part of Israel. European consumers are entitled to be confident that the products they purchase are not linked to serious violations of international humanitarian law."

It's not entirely clear how the ruling will be enforced.

European retailers would normally be expected to do the labeling, but the real origin of the product is not always easy to identify, experts say. As Israeli settlements have grown, the country's postal code system has evolved, further complicating matters.

The ruling comes after France's top tribunal asked for clarification of rules on labeling goods from the West Bank, including annexed East Jerusalem, which the international community considers occupied Palestinian land, as well as the Golan Heights, which Israel took from Syria in 1967.

France published guidelines in 2016 saying products from Israeli settlements in the West Bank and Golan Heights must carry labels making their precise origin clear, but this was challenged by the Organisation Juive Europeene (European Jewish Organisation) and Psagot, a company that runs vineyards in the occupied territories. The court said that labeling products as from the "State of Israel" when in fact they come from "territories... occupied by that State and subject to a limited jurisdiction of the latter, as an occupying power within the meaning of international humanitarian law" could mislead consumers.

The 2016 French ruling drew an angry response from Israel, which accused Paris of aiding a boycott of the Jewish state promoted by pro-Palestinian activists and of employing double standards by ignoring other territorial disputes around the world. A major diplomatic row erupted between the EU and Israel in 2015 when Brussels drew up rules that effectively declared that products from settlements had to be labeled as such across the bloc.