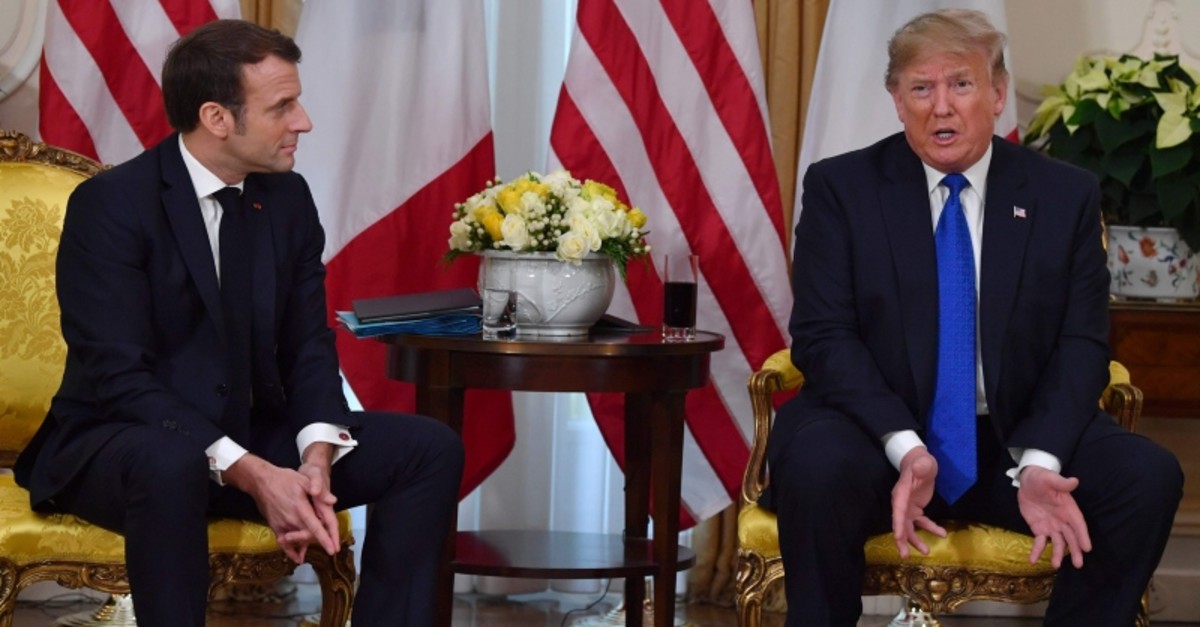 U.S. President Donald Trump said his French counterpart Emmanuel Macron gave "one of the greatest non-answers I have ever heard" at a joint news conference Tuesday.

In response to a question posed to Trump by a U.S. journalist who asked whether France should do more to take Daesh fighters captured in the Middle East, the U.S. president said he would pass that question on to Macron, asking him in a light-hearted tone if he would like "some nice ISIS fighters."

The French president gave a long answer, in which he argued that foreign fighters from European countries were a small minority among ISIS troops, and that it would be unhelpful to focus on them rather than on the broader problem.

He said the priority was to finish the war against the terror group.

"This is why he is a great politician because that was one of the greatest non-answers I have ever heard, and that's OK," Trump said.

Trump also acknowledged a "minor dispute" over a French digital service tax and U.S. threats to slap new tariffs on French cheese, wine and other products.

Trump said he thinks the two nations will be able to resolve the trade dispute, possibly through some "mutually beneficial tax."

Trump said he was happy to see NATO members increasing their defense spending but says even more needs to be done to share the financial burden of NATO. Macron said NATO must not only be concerned about money but needs to refocus itself on new threats facing the alliance.