Qatar may assess Saudi demands but will never turn back on Turkey: FM 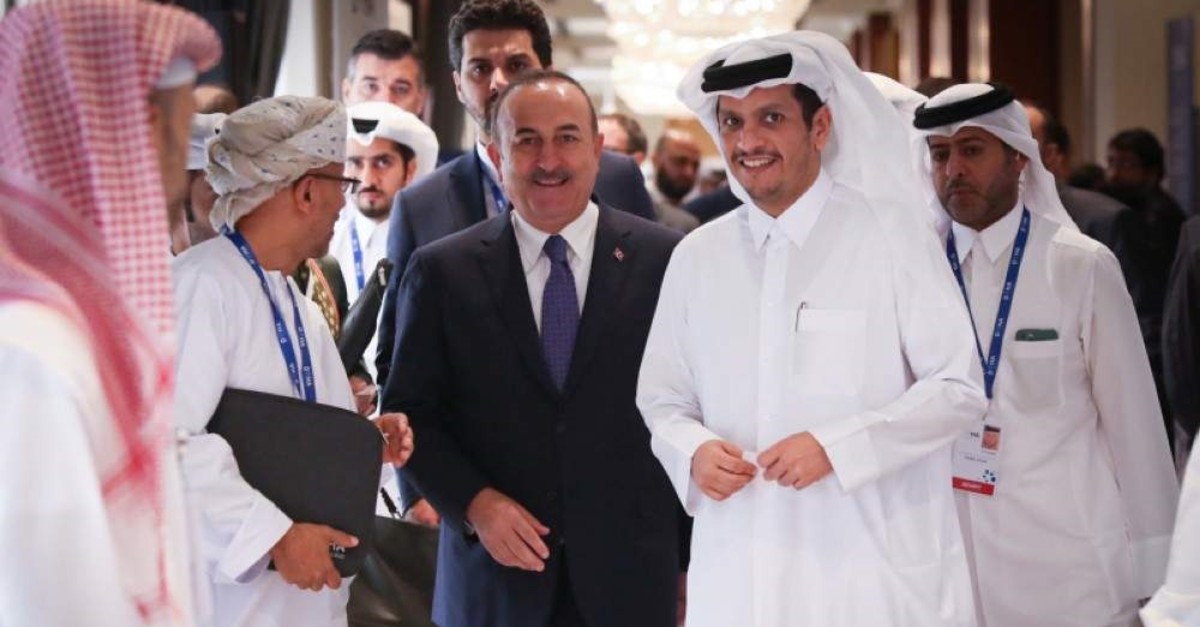 Qatar may assess Saudi demands but will never turn back on Turkey: FM

Recent talks with Saudi Arabia have broken a protracted stalemate in the Gulf crisis and Doha is ready to consider its neighbors' demands, Qatar’s foreign minister said but reiterated that the country would not turn its back on its ally Turkey.

The row between U.S.-allied Arab states saw Saudi Arabia, the United Arab Emirates, Bahrain and Egypt cut diplomatic and trade links with Qatar in June 2017 over allegations that it backs radical groups. Doha denies the charge and says the embargo aims to undermine its sovereignty.

"We have broken the stalemate of non-communication to starting communication with the Saudis," Sheikh Mohammed bin Abdulrahman al-Thani told CNN on Sunday.

"From our perspective, we want to understand the grievances. We want to study them and to assess them and to look at the solutions that can safeguard us in the future from any other potential crisis," he said without mentioning what concessions, if any, were possible.

He added that Doha will not give any concessions that would "affect our sovereignty and interfere with our domestic or foreign policy."

The boycotting nations set 13 demands, including closing Al Jazeera television, the most-watched news channel in the Middle East, shutting down a Turkish military base, downgrading ties with Iran and cutting links to Egypt's Muslim Brotherhood.

Sheikh Mohammed, who made an unannounced visit to Riyadh in October amid hints the rift could soon subside, denied Qatar has direct ties with the Brotherhood, which Egypt, Saudi Arabia and its allies label a terrorist organization.

"Will not turn back to Turkey"

Al-Thani also said Doha would not alter its relationship with Ankara in order to resolve the dispute, which has undermined Washington's efforts to maintain Gulf unity to confront Iran.

"Any country that opened up for us and helped us during our crisis, we will remain grateful for them... and we will never turn our back to them," he said.

Turkey sent troops for military hardware protection and stability purposes as well as food and water to the small but wealthy Qatar after the boycott began.

Asked how long a resolution would take, Sheikh Mohammed said, "We believe we are still at a very early stage, and what happened in the last two and a half years was a lot and there is, I think, a need for some time to rebuild trust again."

Qatar's premier attended an annual Gulf Arab summit in Riyadh last week, its highest representation since 2017, but the boycott got no direct public mention.

Efforts to end the row appeared to intensify after a September attack on Saudi oil plants that initially halved the kingdom's output and pushed the region toward war. Riyadh and Washington blame the strikes on Iran, which denies involvement.