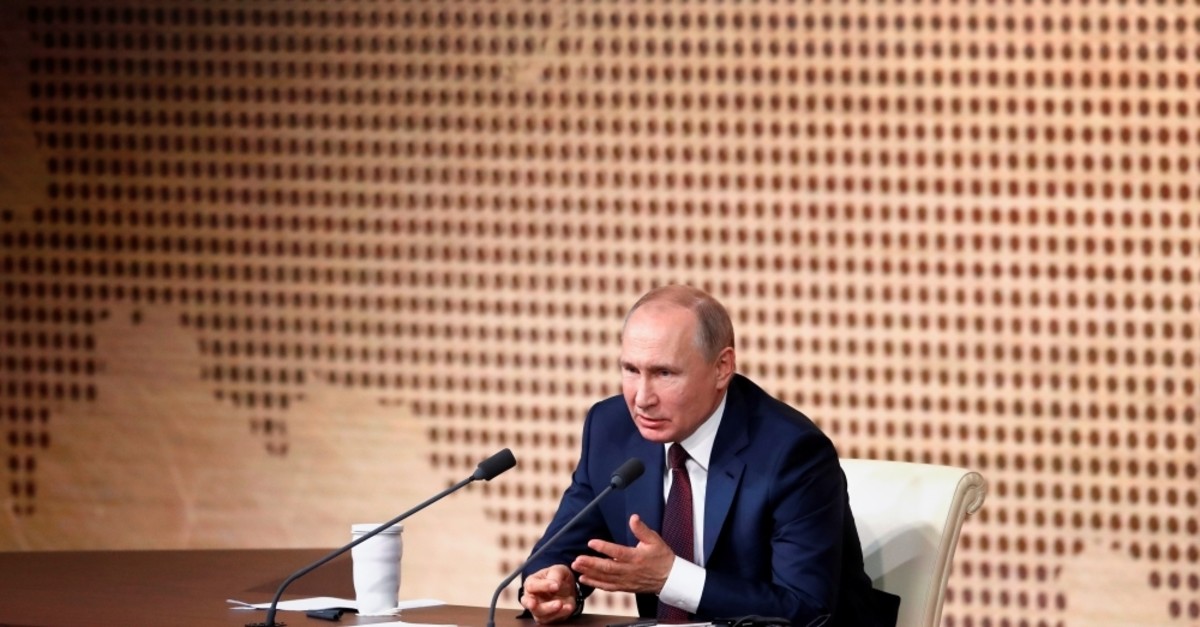 Russian authorities and their German counterparts had discussed the issue of extraditing a Georgian man who was later killed in Berlin, Russian President Vladimir Putin said Thursday.

Russia did not make a formal request for such an extradition because it would have certainly been denied, Putin told a nationally televised press conference.

The 40-year-old Georgian was fatally shot in broad daylight in a central Berlin park in August. Zelimkhan Khangoshvili, who had previously fought alongside anti-Moscow separatists in Chechnya, was shot twice in the head in the park as he was heading to a mosque. Shortly after, a Russian man was arrested. The suspect was riding a bicycle and was seen by witnesses afterward throwing the bike and a stone-laden bag with a gun into a river.

The killing led to a diplomatic scandal amid suspicions of Russian state involvement in the killing. Germany expelled two Russian diplomats this month on the allegation that Russian authorities were not sufficiently cooperating with the investigation.

Speaking at his annual year-end press conference, Putin described Khangoshvili as a terrorist involved in killing nearly 100 people in a single attack. Chechen separatists have fought two wars against the Russian state since the dissolution of the Soviet Union in the early 1990s.